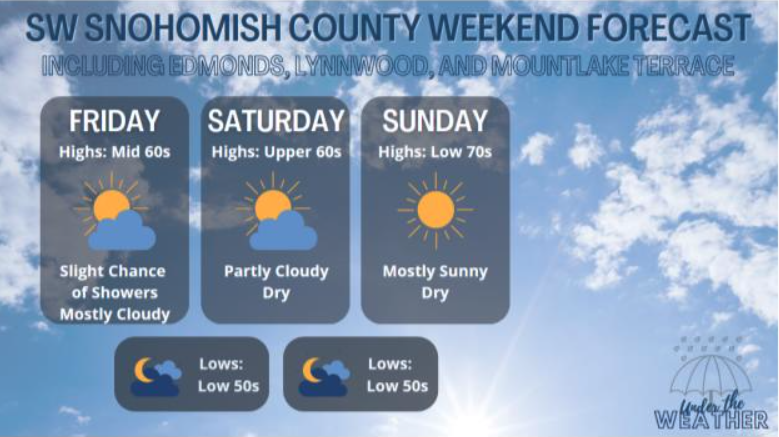 Both meteorological and astronomical summer have officially ended, and autumn is finally here. Everyone can now pull out all of the “It’s Fall Y’all” and “Grateful, Thankful, Blessed” décor from the storage bins. We can start putting on our warm sweaters and fuzzy socks and read by the fireplace, listening to the sound of rain outside… oh, wait. We’re not quite there yet. In fact, even though it’s officially fall, the summer weather is still holding on — and is expected to continue through the much of the weekend. More on that in a moment.

One of the biggest things to note from summer 2022 is that from June 21 to Sept. 21 (AKA astronomical summer), we saw a mere 0.30 inches of measurable rainfall. A three-month stretch of time, and we didn’t even see enough rain to completely submerge my thumbnail in water. Take a look at the following graphic, showing the amount of rainfall for each year since 1998 during this same time period.

According to the “official” data from Paine Field, 2022 ranks as the second driest summer on record, with 1998’s 0.01-inch value as the driest. However, upon a closer review, there were 91 days missing from this total, meaning that it likely saw other rainy days that just didn’t get recorded. If we look at Sea-Tac’s data for 1998, which shows 1.45 inches, we can assume that KPAE probably saw more than 0.3 inches of rain that year, which would rank 2022 as the driest year on record.

In fact, speaking of Sea-Tac, 2022 was the driest year on record for them (a total of 0.5 inches), with data going all the way back to 1945. That is quite the extraordinary feat. You can see this in the following graphic:

Not only was it dry, but it was also quite warm—and downright hot at times. The average high temperature was 75.3 degrees, the warmest on record for Paine Field. We didn’t see the hottest temperature on record, but due to the frequency of the hotter weather, the averages saw an increase compared to previous years. Also, take a look at the following chart: 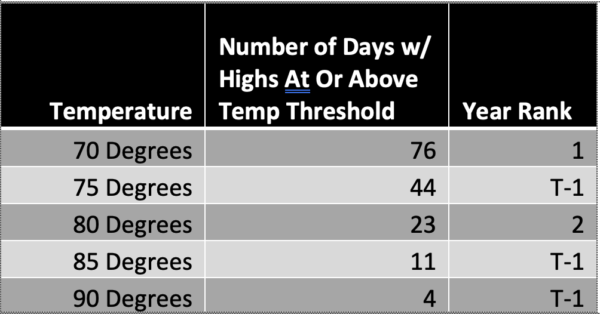 This data shows the number of days above different temperature thresholds we saw at Paine Field for summer 2022. Almost all of these values rank highest on record or are tied for first place. This really helps to solidify the fact that it was unusually warm this summer.

As we go into the first fall weekend of the year, overall, it isn’t going to look vastly different from the previous couple of weeks, except for some cooler temperatures.

Friday is looking to be the most “fall-like” day of the weekend, as a weak front hits the area. Minimal, if any, showers are expected for our region. Highs will be primarily in the mid to upper 60s, with the sun occasionally peeking out from behind mostly cloudy skies.

An upper-level ridge will begin building on Saturday, which will help to warm us up and dry us out. A model depiction of this ridge for Saturday afternoon can be seen below. 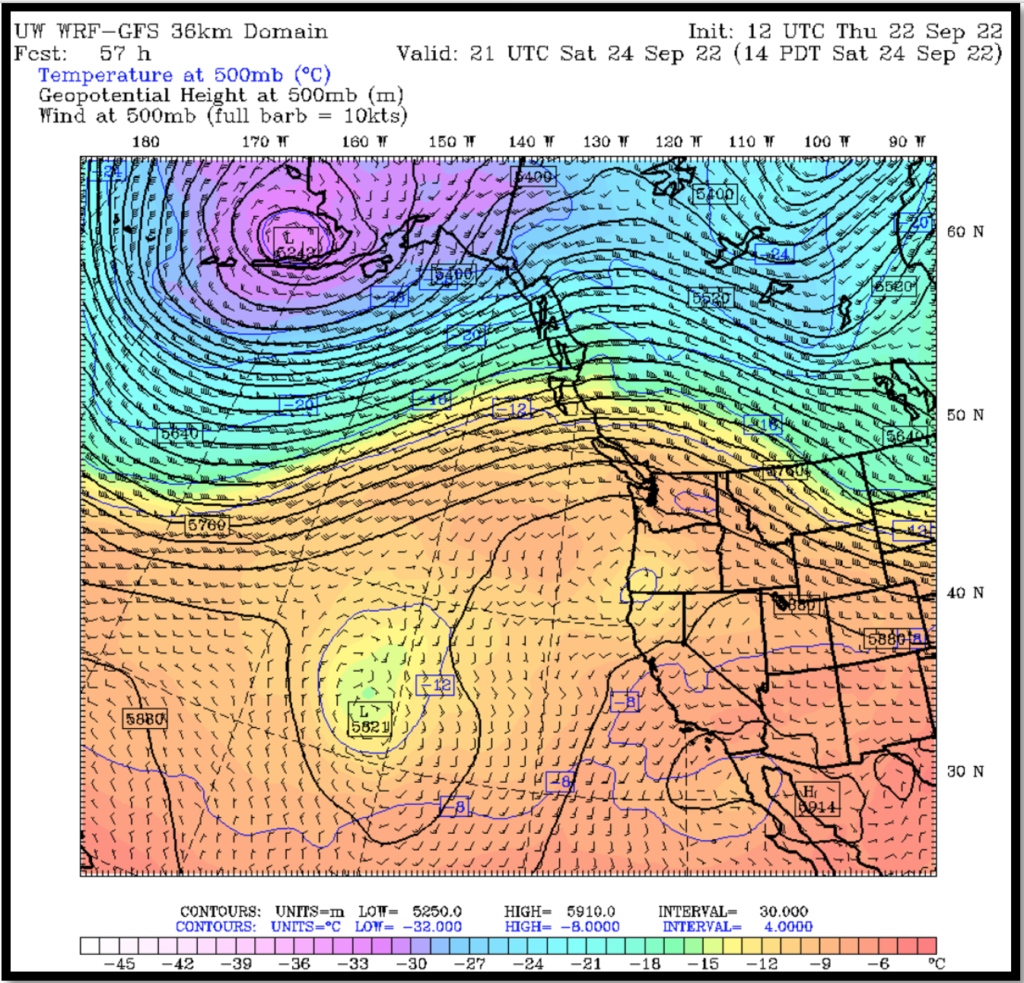 I don’t know if it will truly feel like fall to me until we have our first good rain event. At this time, there is a chance this could occur towards the end of next week, but there’s still a bit of uncertainty involved at this time. Make sure to pay attention to the forecast to get the most accurate and up-to-date information, especially as we head into our stormiest time of the year.