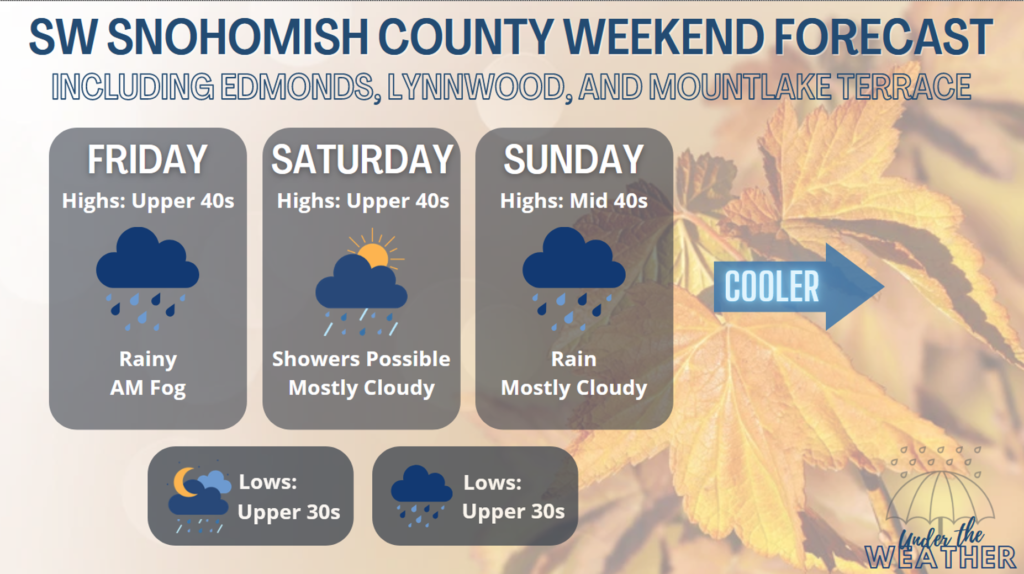 I hope everyone had an amazing Thanksgiving and enjoyed the beautiful weather. It turned out to be quite the nice day — perhaps you were able to go outside and walk off all that turkey.

The month of November is quickly moving by, and December is right on our doorstep. Ever since our wet start, we’ve been relatively quiet in the rain department — an abnormality with our climatologically wettest month of the year. So far, we’ve seen 2.8 inches of rain at KPAE, with the normal being 3.95 inches through Nov. 24.

The 2.8-inch total has come on only eight total days, which — up to this point — is the lowest number of rainy days (at least 0.01 inches of measurable rainfall) for the month. Using the data from the graphic below, we ascertain that, on average, we see a little under 20 rainy days during the month of November. 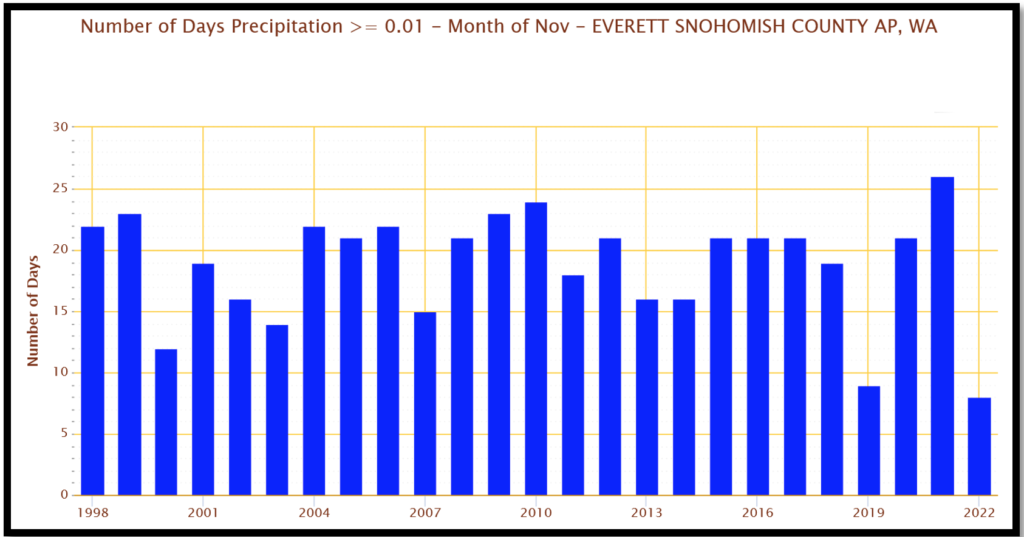 We will be adding to both the total November rainfall and the number of rainy days in the next several days, but it will definitely be interesting to see where 2022 ranks in terms of both those stats.

Over the weekend, a couple systems are expected to hit us. The first arrives Friday morning. This storm looks to be a quick mover but is expected to drop a decent amount of rain in our area. The UW High-Resolution Ensemble, which compiles several forecast models together, shows a model average of just under three-quarters of an inch with this first system. You can see this in the plume graphic below. 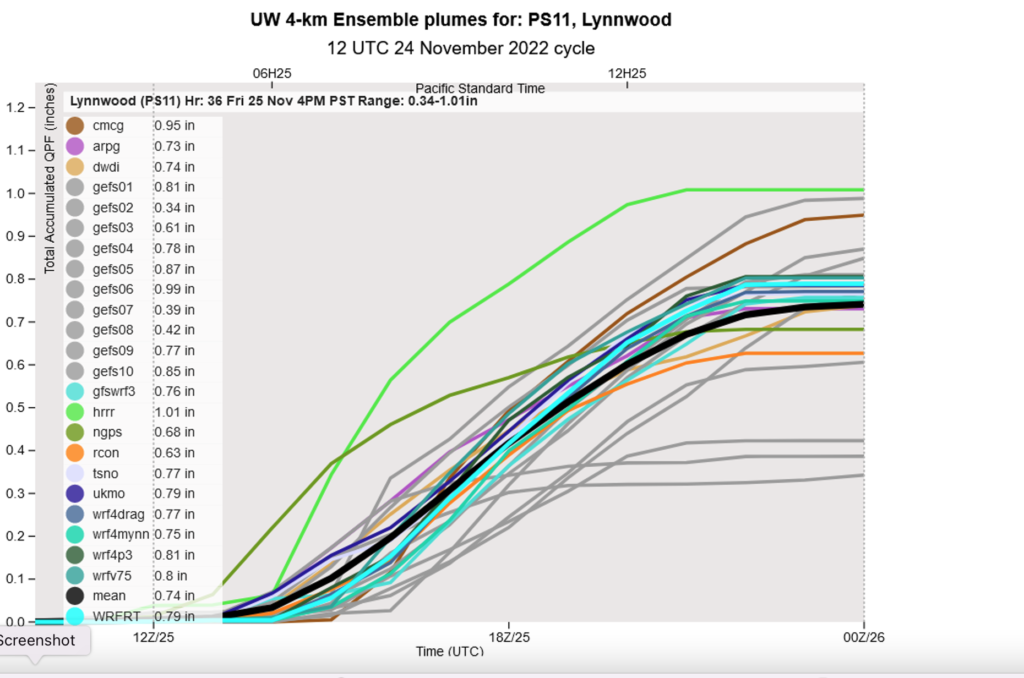 The rain transitions to more scattered showers as we head into Friday night and Saturday. Mostly cloudy skies are expected. Highs on both Friday and Saturday are predicted to be near average, in the upper 40s.

The second system of the weekend impacts us Saturday night through Sunday. Rain, wind and mountain snow are forecasted with this storm. Mountain snow could lead to travel problems over the passes after the holiday weekend, so if you have to travel, make sure you are paying attention to any travel advisories and closures.

We could see winds gust above 30 mph with this system, as well. If you’re one of those early Christmas decorators and have any outdoor inflatables, you may want to make sure they are secured.

As we transition to next week, colder temperatures are expected to arrive. With that being said, we’re not expecting to dry up completely. This opens the door for the chance of lowland snow over the course of the next week. As I’ve mentioned before, snow forecasts are ever-evolving, especially in our area, so this will require paying attention to up-to-date forecasts as the week goes on. I recommend following NWS Seattle on Facebook and/or Twitter to get these updates.

Regardless of whether we see any snow, it is looking to be quite cold. Highs start the week in the low 40s, but by midweek we could see highs drop into the 30s — perhaps even near freezing. Brr! With temperatures that cool and the possibility of snow falling, it will really start to feel more like Christmastime. Now that it’s after Thanksgiving, bring it on!