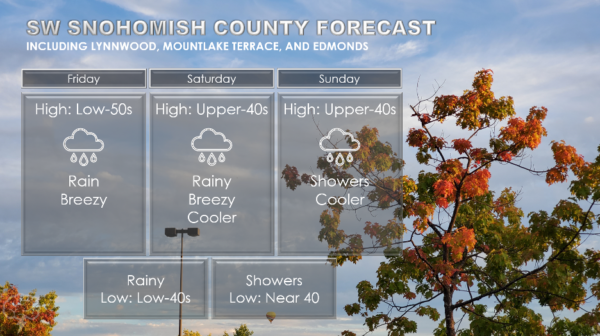 We’ve officially hit the wettest month of the year and at this point, it’s not leaving us any doubt of that fact. Actually, with the exception of two days this past weekend that were dry, our November wet weather had an early start.

We’ve seen measurable rainfall at Paine Field every day since Oct. 20, again with the exception of this past weekend and one day where we only saw a trace reading (which is when it rains but doesn’t rain enough to register an amount in the gauge).

Below you can see the rainfall accumulation graph from the beginning of October until Nov. 3. 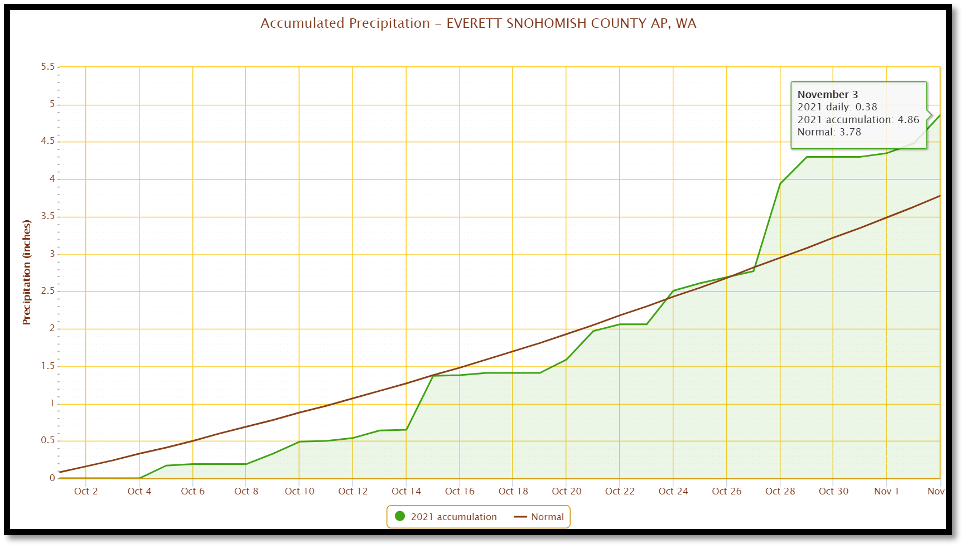 Toward the end of October, we had a large jump in rainfall, thanks to the 1.17-inch daily total we saw on Oct. 28.

If we look only at the first three days of the month thus far, we are slightly ahead of schedule in terms of total rainfall at Paine Field. However, we are only expecting to add to that total in the coming days as a series of storms take aim at the Pacific Northwest.

After a blustery and wet day on Thursday, we are predicted to dry out overnight, but not for long—a new frontal system arrives early Friday. By Friday afternoon, the widespread rain should transition into more showery weather as the front passes. Any dry periods will be short-lived, as another system will be hot on its heels, arriving Saturday morning.

Saturday has the potential to be the windiest day of the weekend, as a low-pressure center approaches Vancouver Island. Below shows the UW model for Saturday morning. One thing to note is the isobars (i.e., the black lines which denote lines of constant pressure) are quite close together. The closer the isobars, the greater the potential for stronger winds. 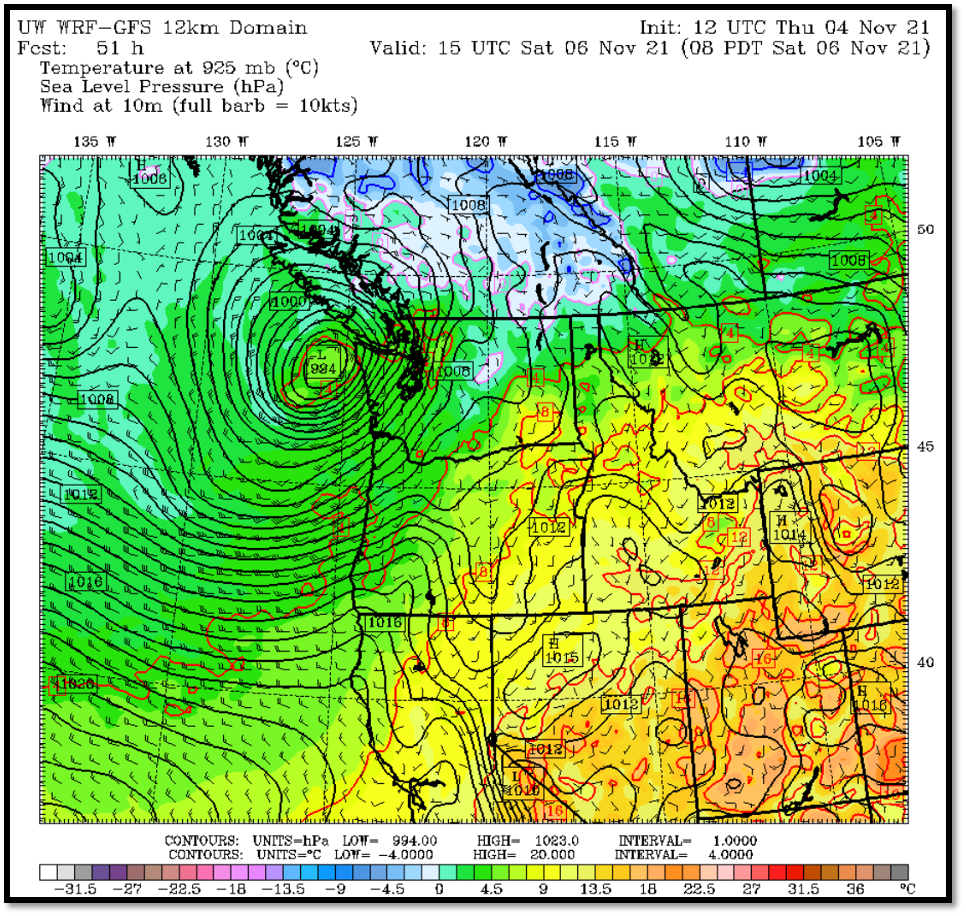 The wet weather continues on Sunday, with periods of showers. According to some models, we have the potential to add close to an inch of rainfall by the end of the weekend.

To continue the pattern, next week isn’t looking much different, with bouts of rain and wind at times. We may have a slight break on Monday, but it’s back to our regularly scheduled programming for the month of November.

Stay dry out there! Have a great weekend.