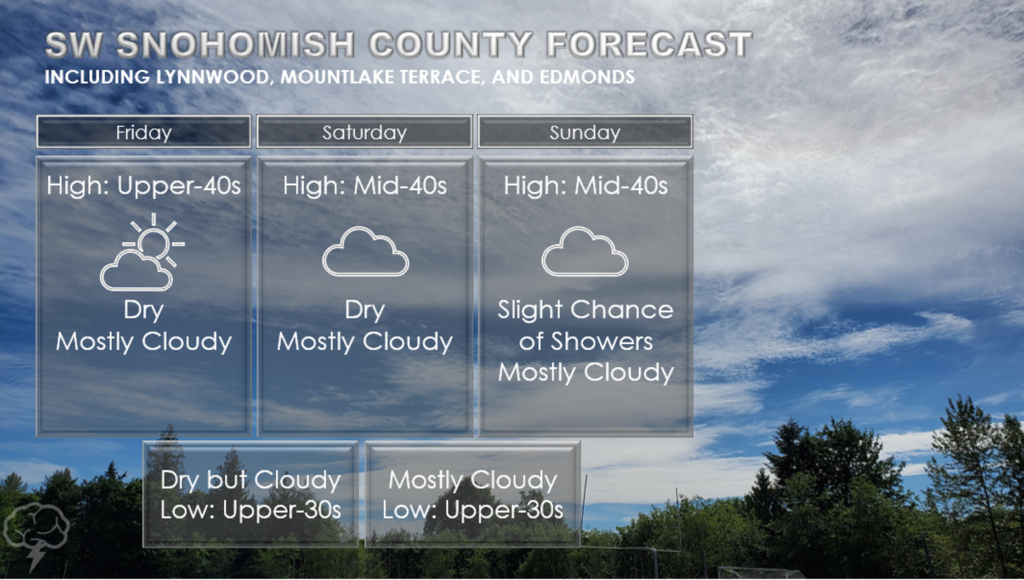 The big story of this past week was an atmospheric river that impacted the region. This storm brought copious amounts of rainfall for most people in Western Washington. Take a look at the map below, which shows rainfall totals from the 10th to 10 a.m. on the 13th. 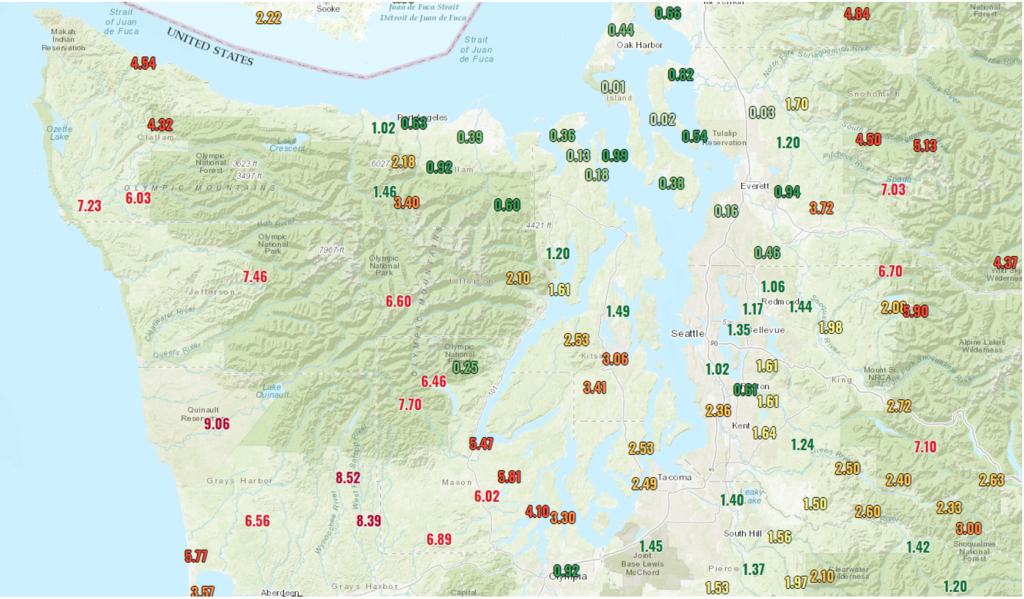 Look at some of the totals over that 82-hour period—over 9 inches near Lake Quinault, over 7 inches at Quillayute, 2.36 inches at Sea-Tac, and a whopping 0.16 inches at Paine Field.

OK, I did say “copious amounts of rainfall for most.” What gives? Why is there such a difference in Paine Field’s rainfall compared to most Western Washington locations?

The answer lies with the Olympic Mountains. For the majority of the atmospheric river event, Paine Field was located in the Olympic rain shadow. In the radar image below, notice the “doughnut hole” in the middle of all the rain, depicted by the colors. 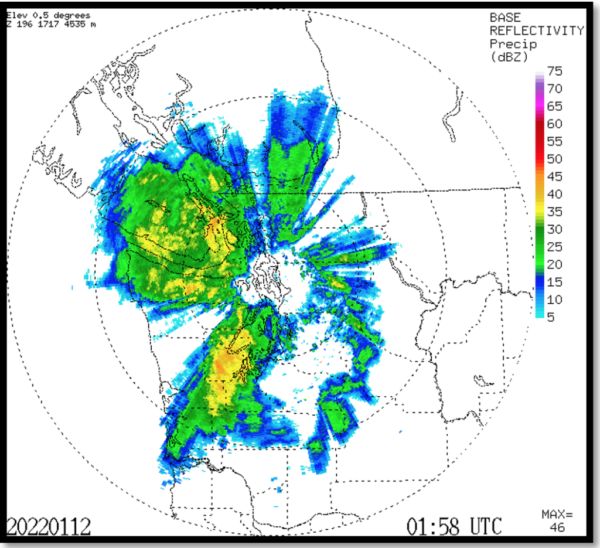 You can read more about rain shadows in this article from my personal blog. Here is a little snippet of that article, explaining how rain shadows form: “As air rises up the slopes of a mountain, it cools and condenses, thus creating clouds–which leads to enhanced precipitation… Much of the moisture is squeezed out by the time air reaches the top of the mountain barrier. But as the air descends down the mountainside, it starts to warm and dries out even more. This inhibits cloud formation and precipitation.”

Paine Field happened to lie in that region of reduced precipitation as a result of drying air descending from the Olympics, leading to such a drastic difference in precipitation totals from other locations.

After much of the state had a washout the past few days, the coming days are expected to swing to the other direction, with mostly dry conditions.

Temperatures look to be close to average over the course of the weekend, with highs in the mid-to-upper 40s and lows in the upper-30s. An upper-level ridge will be in place, helping to block and deflect incoming storms from impacting us. As a result, we are looking at dry conditions for much of the weekend. At this time, we’re still expecting mostly cloudy skies, but the sun may poke out a bit at times, as well.

By Sunday evening, the ridge is expected weaken a bit, possibly allowing a weak system to hit some areas of our state, particularly northern locations. At this time, it’s looking like we will avoid the rain entirely, but the chance does exist that we see some showers Sunday night into Monday morning.

Next week, the threat for rain returns yet again, but at this time, nothing too impactful is expected. Be sure to pay attention to forecasts to get the most up-to-date weather information.