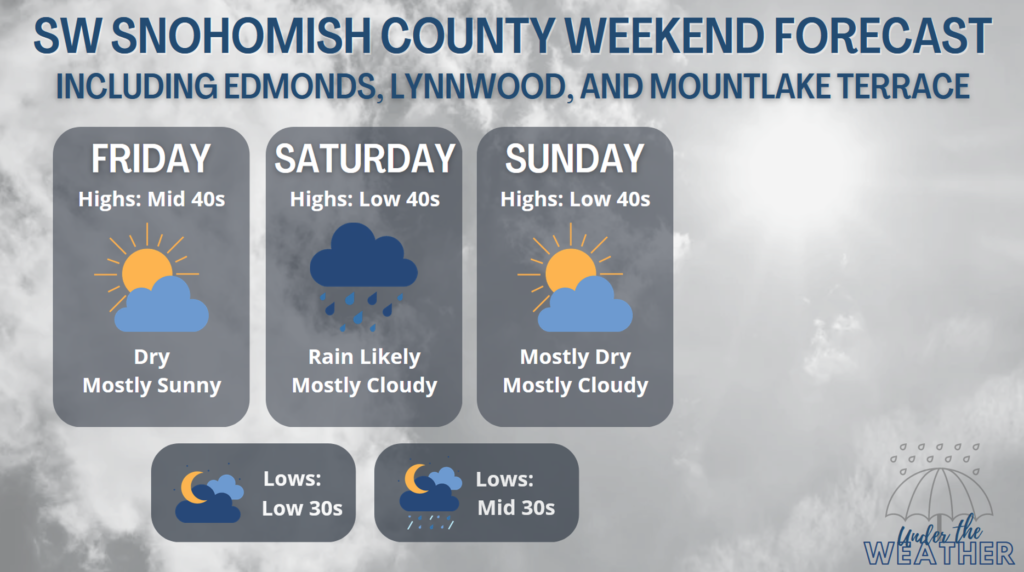 It’s already over halfway through January — time is just flying by, isn’t it? At this time of the year, we’re no strangers to pretty consistent rainfall. After all, climatologically speaking, January is the third-wettest month of the year. So far this month, we’ve been living up to that standard. 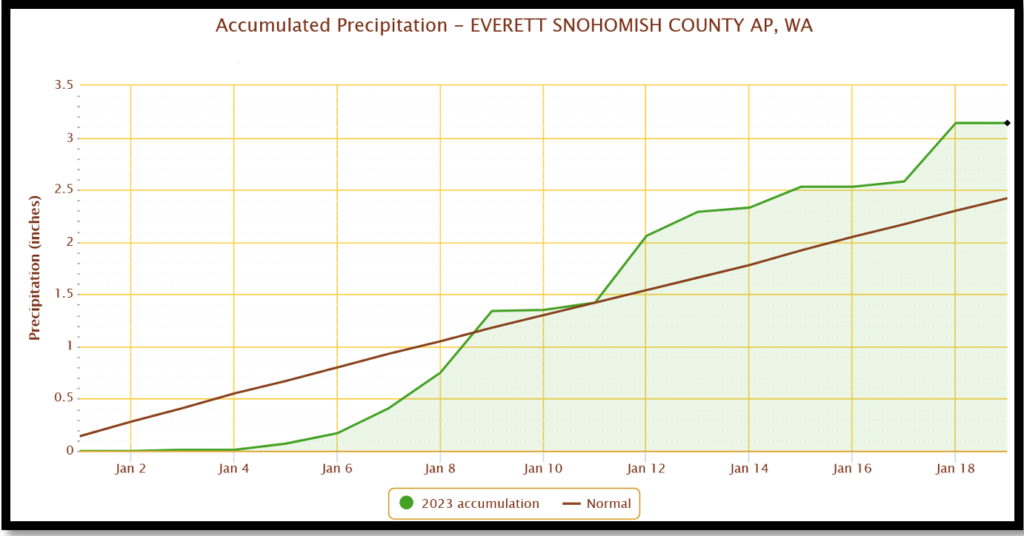 We had a slow start to rainfall at the beginning of the month but after about a week, things began to pick up. Through the first 18 days of January, we’ve received 3.14 inches of rain (anyone want pi?), compared to the average 2.42 inches.

If you look at the percentage of days with 0.01 inches of rainfall or more for the first 18 days of the month, you can see that, overall, we’ve been consistently wet compared to previous years.

The year 2023 ranks among the highest percentage of rainy days during the first 18 days of the month, with only 2020 being higher (we saw rain on 100% of the days in this same time frame that year).

However, as we head further into the second half of the month, models are suggesting that we could begin a drying trend. With one main exception, the weekend is expected to kick off this trend.

Friday looks to be quite nice, albeit chilly. Expect mostly sunny skies and highs in the mid-40s — with a nice, warm jacket, it will likely be a beautiful day to get out for a refreshing winter walk.

The aforementioned exception comes Saturday as a system impacts us with lowland rain, mountain snow and some gusty winds — none of which are out of the norm for our wintertime storms. Cooler temperatures are also expected and will likely continue into Sunday.

Ridging will likely build again after this system, helping us to dry out. You can see a model depiction of this ridge below for late Sunday morning. 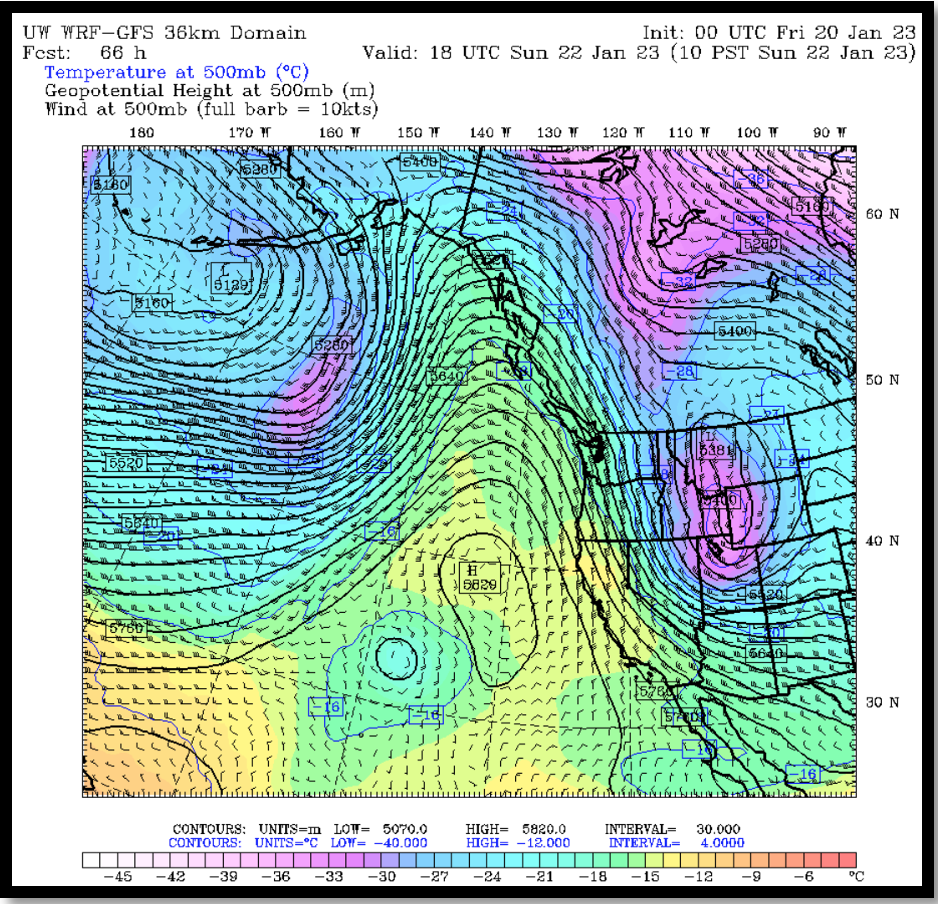 We may see a few lingering showers as we head into Sunday. Because of our expected cold temperatures, it’s not out of the question to see a few snowflakes on any areas with higher elevations; though, even if it falls, nothing is expected to really stick.

Looking toward the week ahead, we’re mostly expecting highs in the low- to mid-40s, with mostly dry conditions. We may see a few stray showers, but at this time, no significant system is forecasted for the next several days. The CPC (Climate Prediction Center) is even showing about a 40% chance of below-average precipitation for Jan. 25-29 (see below). 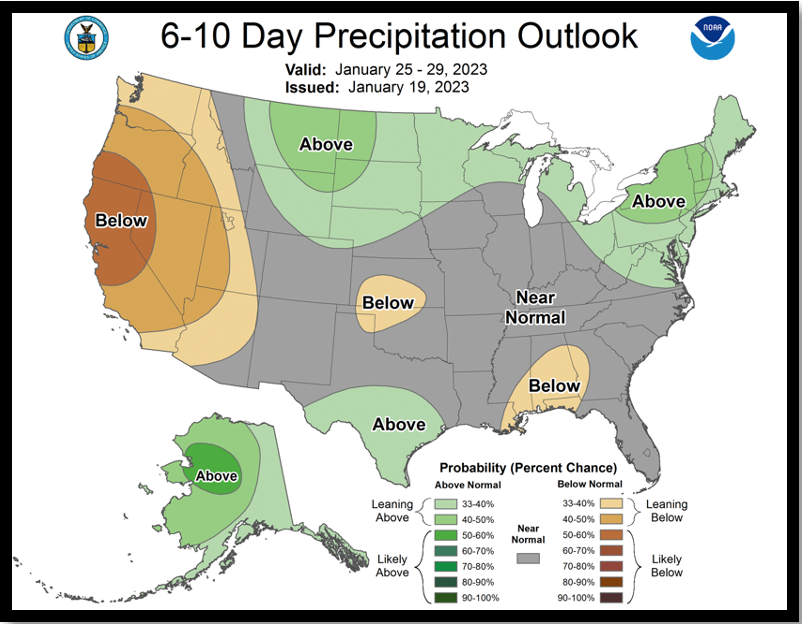 There’s still time for things to change, but if you’re weary of all the rain lately, this might boost your mood just a bit. Take advantage of any dry and sunny weather that you can get — at this point of the year, you never know when it may go away…and for how long — enjoy it!