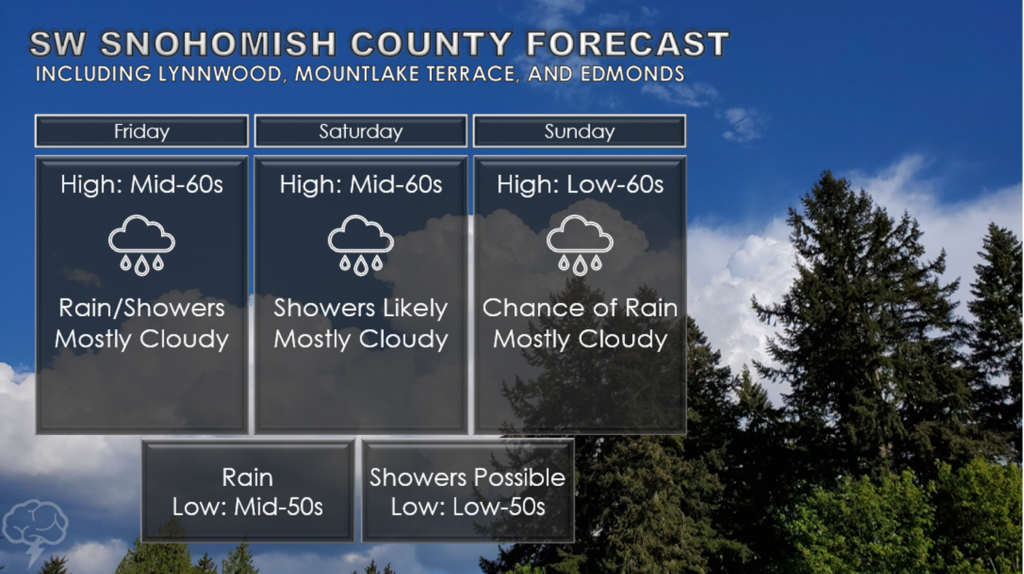 Sound familiar? This pattern continues to occur, even with the month of June well underway. As we inch closer and closer to astronomical summer, you would expect that the weather would start getting consistently nicer—but that just hasn’t been the case. The rain just keeps coming back.

Don’t get me wrong—the rain will likely be beneficial in the long run (think summer droughts). But I’m sure I’m not alone in wishing that we would see some warmer, drier weather.

Unfortunately, we likely won’t add to that number in the next week or so. At the time of writing this on Thursday, we are getting affected by a late season atmospheric river, contributing to a very wet day. This system will continue to bring us rain as we head into the overnight hours and into Friday. The bulk of the rain should wrap up by Friday morning, giving way to more showery weather for the majority of the day. Another system will quickly arrive later and into Friday night, again dropping more rainfall.

Showers will likely be the staple for the remainder of the weekend and into Monday. A system is expected to hit further south on Sunday, but we should be far enough away to avoid the bulk of the rain this time. Some models are suggesting that by Tuesday or Wednesday, we could see some drier weather. Temperatures aren’t looking particularly interesting though, with highs in the 60s, which is close to where we should be at this time of the year. I think we’ll take what we can get.

June-uary lives on for now, but we are quickly approaching our climatologically driest month of the year—July. I’m confident that the dry and warm weather (perhaps even too warm) will come soon enough. We just have to wait a little while longer.