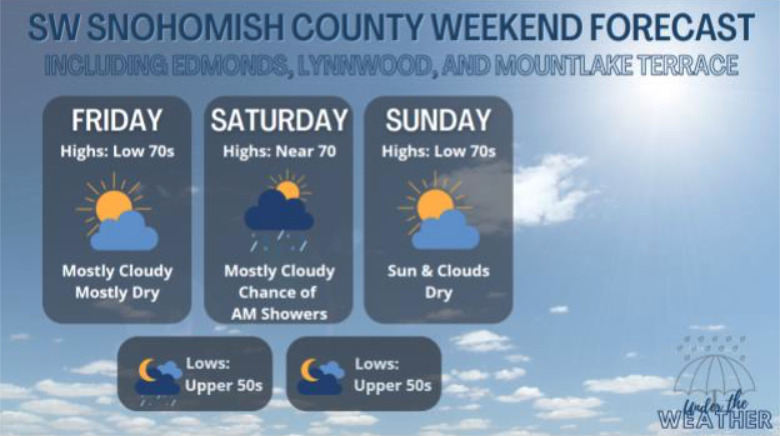 This year, the warmth just hasn’t seemed to let up, or if it does, it hasn’t lasted long. The graph below shows a yearly depiction (since 1999) of the number of days with highs 85 degrees or higher during meteorological summer (June through August).

Back in 2015, we saw a whopping 11 days with temperatures 85 degrees or higher, which is the highest on record. This year, we are tied for second with nine days. Using the above data, during the summer months, we see around an average of four days with highs at or above 85 degrees—we are more than double that at this point. This also doesn’t consider the fact that these hot temperatures can occur outside of the official meteorological summer timeline (for example, in May or September).

We have just under a week left of meteorological summer, and in that time, it doesn’t look like we will be adding to that 85-degree day total. In fact, after the heat we’ve seen the past couple days, we’re expected to get a bit of a break from the heat. 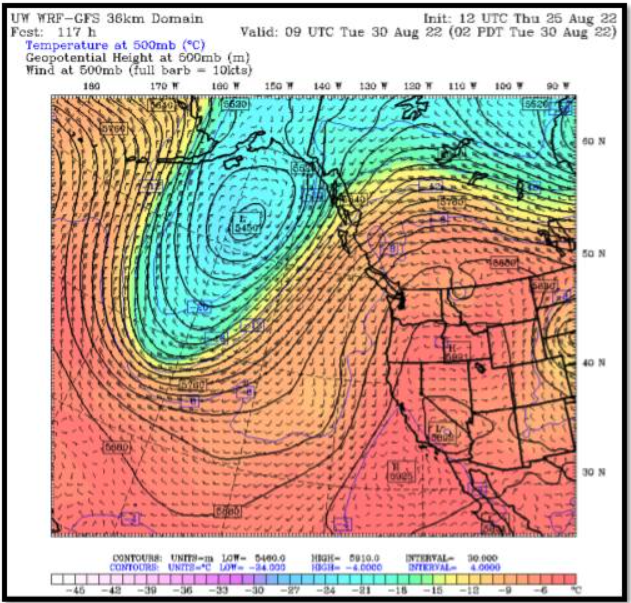 If you look closely, you can see Washington and the clouds that are lining the coast. Those clouds are an indicator that “nature’s air-conditioning” is about to kick in for us. In fact, at the time of writing this, it has already kicked in at the coast. As of 5:15 PM on Aug. 25, Sea-Tac Airport was sitting at 88 degrees, while KPAE was at 84 degrees.

But the temperature at Quillayute State Airport? 61 degrees. That’s a temperature difference of over 20 degrees. The reason for this is that onshore flow has brought in the cooler air from the ocean to the coast. This cooler weather will begin to make its way inland Friday and into Saturday.

Friday is likely to be mostly cloudy with temperatures in the low-70s—much better than the mid-80s (at least in my opinion). The chance of showers comes Friday night into Saturday morning. Nothing too crazy is likely in terms of totals, which is typical of this time of year. Highs on Saturday are anticipated to stay near 70, with a slight increase on Sunday.

An upper-level ridge begins building on Monday (which can be seen in the model depiction above), when the warmer, drier weather returns. At this time, Wednesday looks to be the warmest day—with perhaps a chance at adding to the 85-degree day statistic.

Enjoy the cooler weather this weekend! Nature’s air-conditioning is quite the blessing after a stretch of hotter weather.