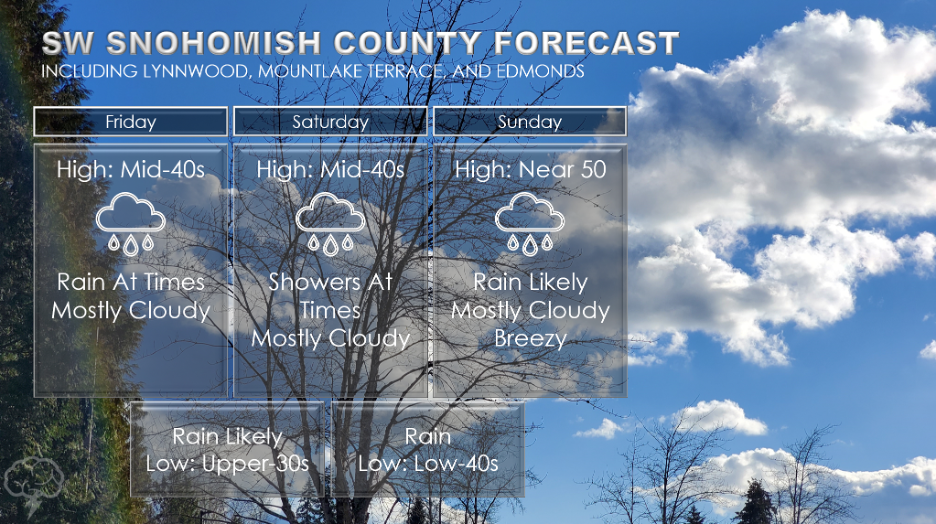 How about that snow this past weekend? I honestly couldn’t stop grinning—it was just so pretty! Even though it was an amazing sight to see, it did cause a lot of problems, primarily for people trying to get around on the roads. I braved the streets Saturday night, and I was basically driving on a sheet of ice. I saw many crews out there working hard to make the streets safe—thank you to all those crews! I hope you all were able to stay safe and enjoy the beautiful snow.

Unfortunately, Paine Field doesn’t keep official snowfall records, so to get an idea of where these storms rank, I have to use Sea-Tac. According to the records at Sea-Tac, the storms that occurred this past weekend helped place February 2021 third in terms of snowiest Februarys, with number one being—you guessed it—February 2019. Sea-Tac’s total snowfall came out to be 12.4 inches, with 2019 having a total of 20.2 inches. A little closer to our neck of the woods, I was seeing reports ranging from approximately 6 to 10 inches of snow—that’s quite significant for us!

And it wasn’t just the snow; it was quite chilly, too! Below is a snapshot of temperatures over the past several days.

After a weekend of abnormal weather (at least for us), the weekend ahead is expected to be a little more our speed—wet with near seasonable temperatures. If you’re looking for some sun, I have some bad news: We probably won’t see much of it this weekend.

Showery conditions are expected at times for Friday and Saturday, with mostly cloudy skies. Friday looks to be the wetter of the two days. This rain isn’t expected to amount to much, with the bulk of the rain likely concentrated way to the south of us.

Sunday into early next week is when the wettest weather is expected for our area, as an atmospheric river is poised to take aim at us. At this time, most of the rain is expected later in the evening Sunday into Monday for our area, while showers are still expected at times during the day on Sunday. Take a look at the image below, showing GFS integrated water vapor (IWV) for early Monday. As a reminder, IWV is a measure of how much water is in a vertical column of air if all the moisture was condensed down. 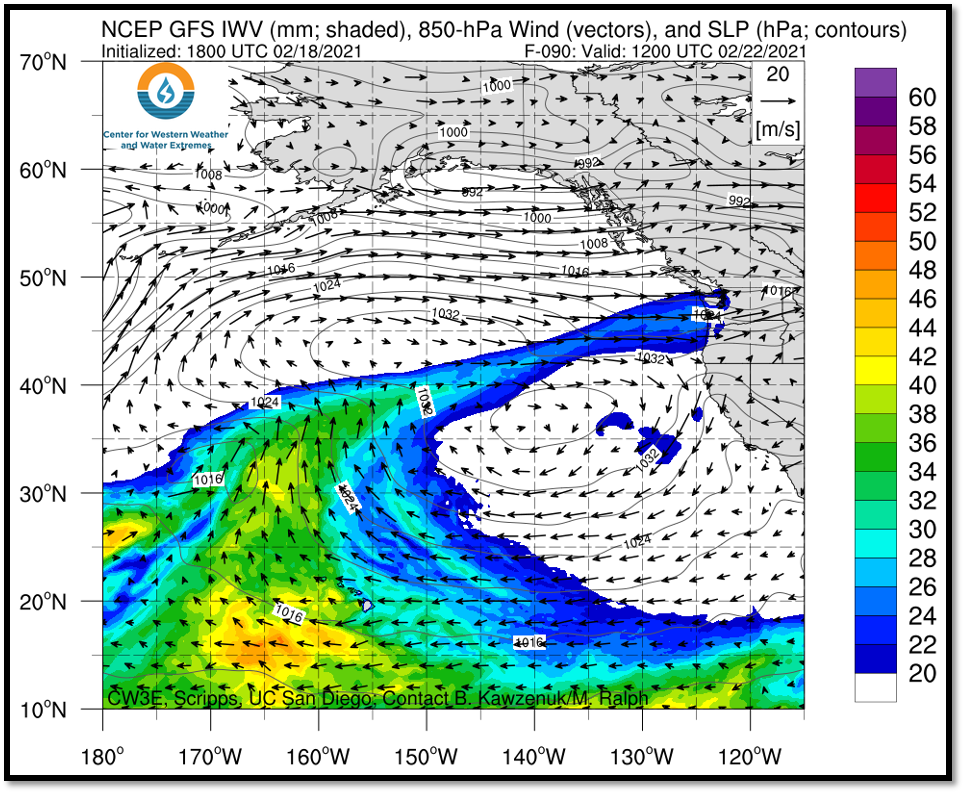 As you can see, there is a plume of moisture aimed right at the Washington coast. There is a chance that our rainfall totals could be mitigated somewhat if we end up in the Olympic rain shadow. To illustrate this, take a look at the accumulated total precipitation through early Tuesday with both the European and GFS models. 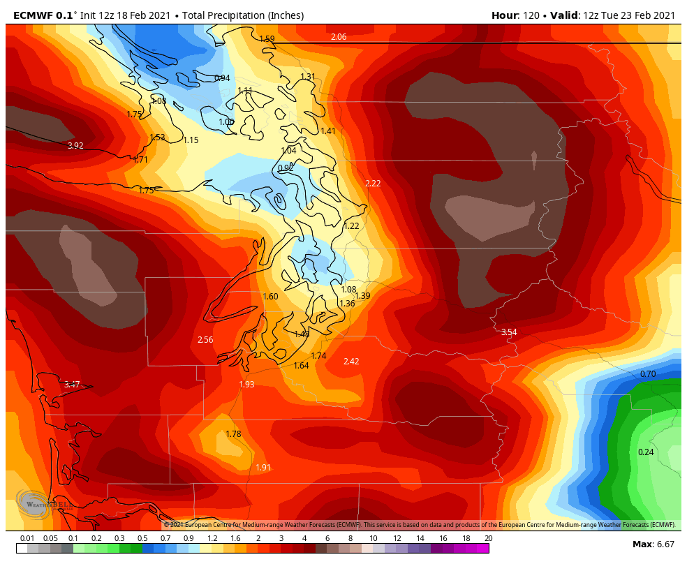 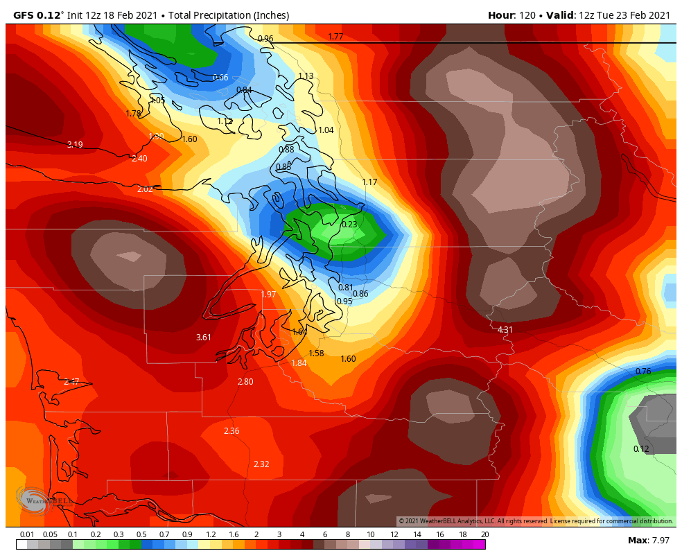 There is quite a bit of difference between these two models—the GFS shows us being stuck in the rain shadow for much longer, greatly minimizing the total rainfall in our area. There is nearly an inch of discrepancy between the two for Paine Field! Note that these totals would include rain for the whole weekend, not just for the atmospheric river event.

Whether or not we get stuck in the rain shadow for any length of time, other areas—especially near the mountains—are expected to get a decent amount of rain. As a result, rivers in the area are expected to rise. At this time, no significant flooding is expected, but if you live in a flood-prone area, I would definitely suggest keeping an eye on the forecast.

Regardless of how much rain falls, it definitely seems like things are back to normal in terms of our weather. If you are weary of the winter weather, there’s hope: Spring is just a little over a month away.