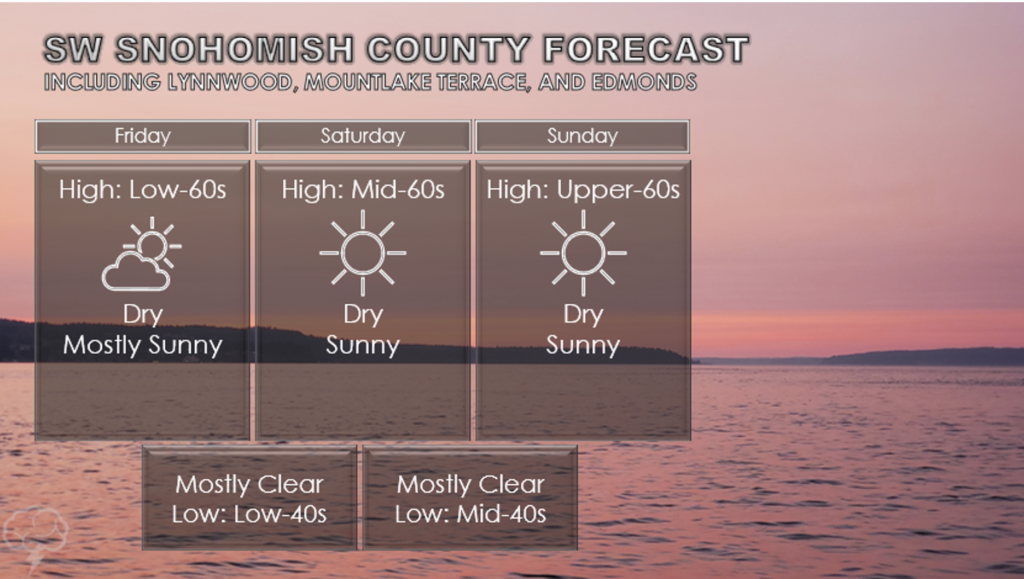 So far, our spring could be characterized by three words—cloudy, wet, and cool. There have been a few outliers, of course, but we seem to continue returning to the same pattern over and over again. We haven’t had two completely dry days (meaning zero inches of rain each day) in a row in almost a month. Taking it a step further, we haven’t had three completely dry days since the beginning of March.

The recurring cool weather has also been an anomaly so far this spring. Take a look at the graph below.

From March 1 through May 18, we’ve seen high temperatures 60 degrees or lower 91% of the time. This is the highest percentage since 2011 and indicates that we just have not been able to warm up much. Even on those occasional dry days, it hasn’t been warm enough to truly feel like spring.

We are long overdue for some nice weather around here, and finally, over halfway through the month of May, we’re expecting to get some.

For the first time in a long time, our weekend will be sunny and dry. Some shower activity is possible over the mountains on Saturday, but the lowlands should remain dry. To make matters even better, we should have mostly sunny skies. So many of our dry days that we have had have been partly to mostly cloudy, which doesn’t necessarily give off any spring-like vibes.

Temperatures are expected to get gradually warmer over the weekend, finally reaching the point where we should be at this time of the year. We have only had one 70-degree day since March 1, which is lowest number of 70-degree days since 2011. We have the possibility to finally add to that total as we approach the start of next week.

Thankfully, the reprieve from the gloomy weather lasts a little longer than in recent weeks. We should have a stretch of at least four dry days, something that hasn’t occurred since February. After Monday, temperatures are expected to drop some, but should still remain in the 60s. At this time, models are suggesting we remain dry through at least Tuesday. I think we’ll all take it!

Get outside, go for a walk, anything—enjoy the nice weather somehow! Have a great weekend.