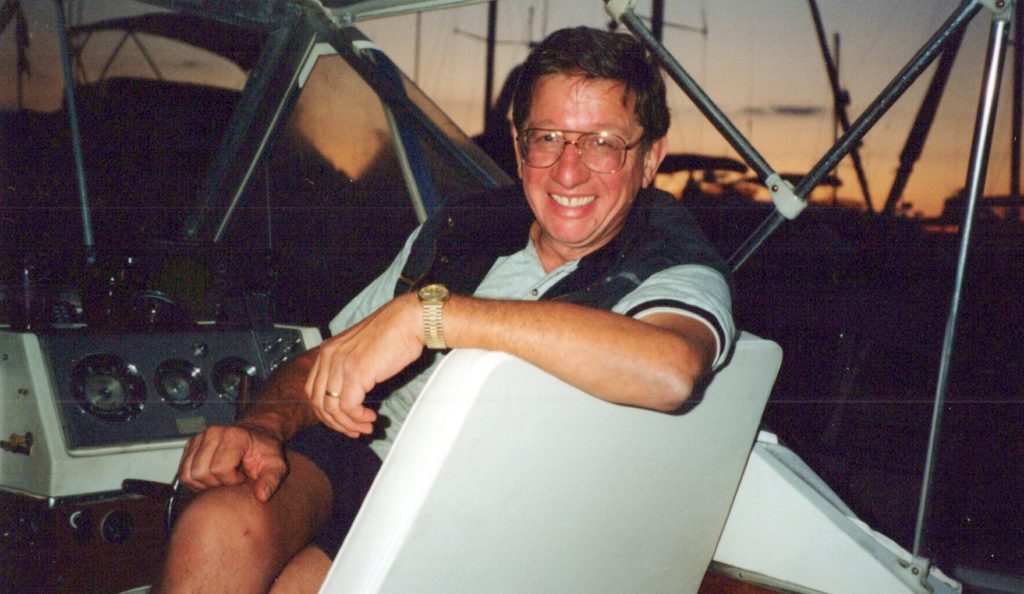 July 11, 2022 — Robert “Bob” Joseph Cook died in his sleep at home in Edmonds,WA. His last years of life were beset with health complications, which he bravely battled. During his final months he was faithfully cared for by his wife and family while bedridden.

Bob was born January 14, 1948 in Vancouver, WA to Clifton and Dorothy Cook. He attended St. Joseph’s Catholic School and Hudson Bay High School, class of 1966. He attended Clark College. He completed his studies at Oregon Institute of Technology with a Bachelors of Science Degree in Mechanical Engineering during the spring of 1970.

His career included working at Grove Cranes in PA, Marco Marine in Seattle, Ingersoll-Rand in CA, and Boeing inEverett. He was recognized for his ingenuity and accomplishments at Boeing with many awards and was involved in several equipment patents before retiring in 2015.

A beach on the Pacific Ocean, the waves of the Puget Sound, or any lake were his favorite getaway places. He particularly loved Chris Craft boats and on his boat he was happy to go for a good cruise or sometimes just sit in his quiet slip relaxing at the Edmonds Marina. For him, hooking a salmon, catching a crab, or digging a razor clam was a day well spent. He was a wheeler dealer for anything with 4 wheels, a passion that led to many new cars arriving in the driveway unexpectedly! Tinkering on these purchases or anything else in his garage was a favorite pastime. He was a knowledgeable do-it-yourselfer who would tackle any task. A remarkably intuitive financial planner he did well with investing and was always available to share his insights with others. For many years he enjoyed playing bridge with Mary and their friends. He made a delicious “loaded” potato salad and eggs any way you liked them. Bob was a straight to the point, no-nonsense man, with a dedicated work ethic. He had a big laugh, warm hugs, and a wonderful smile. The individual ways in which his family and friends will miss him are immeasurable.

His funeral will be held on July 29th, 2022 at 11am at Holy Rosary Catholic Church in Edmonds.

Remembrances can be donated to his charity of choice: www.worldwildlife.org/species/elephant