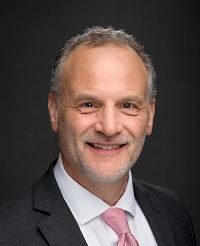 As he prepares to leave the Mountlake Terrace City Council next week, Councilmember Doug McCardle said he is proud of what the council accomplished during his 13 years of service – and he looks forward to what the future holds for the city he loves.

“I will miss it (being on the council) for sure,” said McCardle, who announced in November he would be resigning effective Dec. 19, the council’s last meeting of the year. “It’s bittersweet.”

Making his announcement during the Nov. 7 council meeting, McCardle said he was leaving due to the demands of his new job as a middle school principal at Northshore Christian Academy and his plans to go back to school to earn an administrative credential,

McCardle — who also served for two years as the council’s mayor pro tem — was re-elected to his fourth term in 2021. The council will be responsible for appointing a replacement to fill out the remainder of his Position 3 term, which runs through December 2025.

McCardle was born in Nebraska, grew up Montana and moved to Washington state in 1981 as a junior in high school. After graduating from Bothell High School, he worked for five years as a pipefitter and got married before attending Seattle Pacific University, where he earned a bachelor of arts degree in communications with a teaching certificate. Before landing at Northshore Christian, he taught math at Meadowdale Middle School and King’s Junior High.

He and his wife – who have two grown children and two grandchildren — bought a house in Mountlake Terrace in 2002, attracted by the city’s affordability. “We called it our starter home but now it’s going to be our ending home,” McCardle said.

McCardle said he first became involved in the community when his son started playing baseball for MTYAA. McCardle was then appointed to the city’s community policing advisory board and also served on the planning commission before being elected to the council in 2009.

As for the accomplishments he is most proud of during his time on the council, McCardle pointed to three: construction of the new Mountlake Terrace City Hall, completing Phase I of the city’s Main Street Revitalization Project and beginning Phase II, and putting together a task force to update the city’s Town Center Plan. He then added a fourth: “the city’s and council’s ability to work well with our lobbyist and facilitate good relationships with state and federal officials and all the grant funding we’ve been able to secure,” he said.

He is also grateful for the positive working relationships he has developed with his fellow councilmembers over the years. “We do respect each other as people as well as councilmembers,” he said, adding the group has been able “to have friendly debates and then move on.”

McCardle likes to tell the story of leaving the house to attend council meetings and hearing his then-teenage daughter say as he was leaving: “Dad — have fun changing the world, one city at time.”

With light rail and the development of the Town Center ahead, the city will face “a lot of growing pains,” McCardle said, but he believes that Mountlake Terrace has a bright future ahead of it.”

As he prepares to leave the dais next week, McCardle was asked if he had any advice for the council. “Stay true to the vision of the city,” he said. “Ever since we’ve been on the council ,we’ve had the same vision. Just keep working on it as a team. That’s why I stayed on the council — in the end we all know the vision for the city.”