To the list of things we might be taking for granted around here, perhaps we should add the surprising array of terrific Asian restaurants available to us. There are at least a dozen such gems along a one-mile stretch of Edmonds’ Highway 99 International District alone.

I’ve written about many of them, but two months ago, Boiling Fish joined the list, having opened at 22511 Highway 99 # 101, in the space formerly occupied by Bite of China, on the north end of the shopping center anchored by Ranch 99 Market.

Our server indicated that although they’ve gotten off to a slow start, people are beginning to discover them. It’s a spacious, well-lit, immaculately clean place, that by my count looks like it could accommodate about 80 diners. They passed one of my kid-friendly tests, with six high chairs available. We had to hunt a bit for a parking space on a busy Sunday afternoon, but hey — that’s life in the burbs sometimes.

Their placemat-sized, laminated, double-sided menu has a lot to offer — with a distinctly Sichuan emphasis.

In addition to the more commonplace menu headings of beef, chicken, pork, duck and seafood, were some more unusual offerings: cold appetizers, house special chili dishes, chef’s favorites,  and “alive seafood.” It would take a solid month to put a good dent in this menu.

After combing over our options, we selected the Kung Pao Chicken “Chinese Style,” the Deep Fried Sichuan Prawns, and out of curiosity, the Pig Ears with Chili Oil.

To drink, Jia Duo Bao – a sweet herbal tea. Jia Duo Bao outsells Coke in China, and while I can’t vouch for JDB’s claims of health benefits — the lowering of “internal heat” and reduction of inflammation — I did find it to be a good, slightly-less-sweet alternative to pop.

The label “Chinese Style,” as with our Kung Pao Chicken, seems to be intended to differentiate it from the “Sichuan Style.” Dishes with this identifier tend to be spicy hot. Our server was careful to inquire just how hot we would like our pig ears and prawns. By requesting medium, we were still a little above our comfort zone, but we enjoyed them nonetheless. As I was mustering the strength to finish my prawns, an order of egg flower soup arrived at the table next to us, the looks of which made me instantly envious.

The prawns were shelled and fried whole (head, eyes and tail) in a gorgeous orange-red batter and served on a bed of chopped red chili peppers with peanuts. We ate ours right down to the tail. Boiling Fish must buy their chili peppers in hundred-pound bags. Admittedly, some of our chopped peppers remained uneaten. The prawns themselves were delicious. It turns out that chili peppers have been spicing things up for around 7,500 years. First found in Mexican cuisine, they made their way to China a few hundred years ago. Today half of all red chilies are produced in China. They’re a staple in many Sichuan dishes.

The pig ears were an interesting experience. They’re not unknown in European or Asian cuisine, but they’re something I’d never tried. Thinly sliced, resembling bacon somewhat and smothered in chili oil, Boiling Fish serves theirs cold. It has a nice, chewy texture with the cartilage providing a little crunchiness. It was a fun little appetizer — like the prawns, a product of the nose-to-tail cookery that’s been popping up all around us.

Boiling Fish has partnered with not one, but three delivery services. If you can’t make it off the couch, choose from DoorDash, Uber Eats or GrubHub to whisk dinner to your doorstep.

Boiling Fish is well worth a visit. If you like Chinese and especially Sichuan, you’ll find something on the menu for just about any taste, and for us, the service was prompt and courteous. 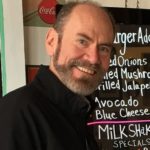 The furthest thing from a finicky eater, James Spangler insisted on trying everything on the table from the earliest age. At 13, he prepared Baked Alaska for an entire classroom and has had an insatiable appetite for good food ever since. He’d rather be in the kitchen cooking for the people he loves than doing just about anything.