“Watch this space!”Art was happening right before my eyes. I’d arrived at Boathouse Taproom just in time to witness local artists Derek Wu and John Horton at work. They displayed their talents with broad strokes of color sprayed onto the front and sides of storage building.

I met up with Jeff Barnett and his partner/wife Erika, to see what they’ve done with the Taproom in Edmonds’ Harbor Square business complex. It has a “sparkle” — even the back walls of the tank room seem to pop a bit. Chandeliers, new paint and more:

“This is now our space, ours… not just a redo of American Brewing,” he says.

Barnett is quick to make the distinction. The former American Brewing space is the Boat House Taproom. There is brewing happening, and he states that “soon all of Salish Sea’s brewing will be at the Taproom location.”

“Our brewpub, Salish Sea Brewing, the original location at the 518 Dayton St. location, will remain open as usual (seven days a week),” he says.  “It’s the place to nosh and raise your mugs. Where you come with the wife and kids … have a nice meal, enjoy a brew.”

Boat House Taproom wants to cultivate the grown-up crowd, and will cater to adults, with specific hours for folks aged 21-plus after say… 9 p.m.

Food will be available; there is a kitchen as part of this new development. A grab and go case is well stocked for folks to enjoy a nosh along with their quaff, out on the patio, or take to the beach when weather is inviting.

“Wait!” I say. “What about this smoker?” I point to a black covered unit and raise my eyebrows. “Test runs on brisket are a success,” I was told, and Barnet says they plan to be creative… fish, seafood, cheese. “If it can be smoked, we will do it!”

Clearly the couple is having a grand time sourcing and displaying decor.

“People have donated items like old oars, buoys, my mom even kicked in her old icebox,” Jeff says as he poses with a white wooden piece that  towers above him.

My favorites are some “window” paintings: Erika’s “find” are actual windows, repurposed framed glass with painted scenes applied by a local artist. She explained, “We had to take care — the paint was still damp when we loaded them into the car.”

Well, first off… When will you open?

The new space Salish Sea Brewing Co. Boathouse Taproom in Harbor Square is planned to be open Thursdays – Sundays starting on Nov. 4, but they ask for patience as they practice on friends and family. The planned date for the grand opening will likely coincide with the Barnett’s eighth anniversary of opening the first location in early December.

Updates will be posted on Salish Sea’s Facebook pages: SalishBoathouseTaproom and SalishSeaBrewingCompany

What about trivia night?

“Yes! We’ll be starting up with this and other activities as we get open.”

Are dogs still welcomed? — this from my hubby, who goes nowhere without the two elkhounds…

“We have a great outdoor patio area — totally dog friendly.”

Ah, the patio —  decorated with 650 feet of LED bulbs, which accent the front row of Signal Flags. They spell out Salish Sea Brewing, of course. I’d watched Barnett unpack a box earlier and the end results display well: both indoors and outside.

Jeff Barnett is not afraid of rolling up his sleeves and doing work to get the place finished up. Discussion ensues about the need for a footrest under the bank of bench seating on the wall.

“I’ll just go rent a welder and install some pipe,” he said, and then indicates the space needed and measures.

Tables are constructed at three different heights: “belly up to the bar” stools, bistro-table types that have support for the feet and comfy chairs where you can sit down and eat at a leisurely pace. They are spaced out well, but close enough for patrons to still visit with friends.

Invited to a soft opening last Friday, I sat outside is the glorious (and possibly the last for a while) sunshine on the patio area. Food and drink offered were pleasing and differ from the fare at the Dayton location.

I chose two of the flatbread creations. — one hot, one cold — and both tasted great with a new (to me anyway) hoppy bright ale called Across the Pond, an English IPA. This is Assistant Brewer Sean’s first solo recipe and I believe it’s a winner. My tongue tingled a bit after a few sips, from the array of malty flavors present, so in a good way.

My second glass was Summer Lovin Porter, which is a fine brew for fall too — so I hope it doesn’t disappear with the sunshine. I do love Porter and this has all the chocolate, coffee and roasted malt notes.

Appetizers: Chill had begun to set in and so I’m glad I’d started on the smoked salmon flatbread first. Generous chunks of house-smoked salmon (see my note about that smoker above) topped a layer of sour cream, and accents of capers and pickled red onion completed the flavor profile.

Artichokes, capers, dill and Mama Lil’s peppers decorated the melty layer of parmesan cheese on this second flatbread version. Warm from the kitchen, it disappeared quickly and made us wish we’d ordered two.

Shrimp cocktail has plenty of texture added with chopped cucumber, tomato, onion and cilantro, and your choice to nosh with saltines or Dorn chips.

Sardines and saltines join a few snacks like Fiddle Faddle and Crunch ‘n Munch — great fare to fill in between sips of your favorite brew.

More substantial fare will follow as the culinary team settles in, and the collaboration with local restaurants opens up great possibility.

Congrats to Jeff and Erika on their newest venture in Edmonds.

~ ~ ~ ~
Lynnwood’s Temple Distilling celebrates 6th anniversary
This Saturday, Nov. 6, Lynnwood-based Temple Distilling is having a six-year anniversary party featuring a new limited release of their Woodcut Barrel Rested Gin. A wood-fired pizza oven will be on site, with new cocktail specials served all day.
“We finally reopened in June after taking COVID shutdown time to remodel the tasting room, and we’re really excited to be back,” said AJ Temple, president and head distiller.
Learn more on the Facebook event page. Temple Distlling is located at 19231 36th Ave. W., Ste F in Lynnwood. 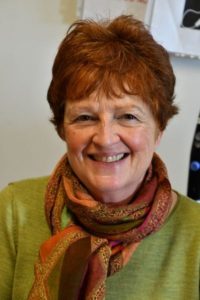