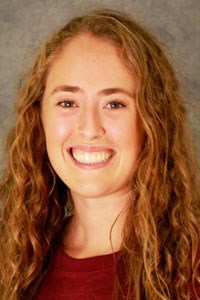 A pair of college student athletes and graduates of Mountlake Terrace High School received significant collegiate honors earlier this month, one for for her work in the classroom and one for his effort on the gridiron.

Katherine Walter, a 2016 graduate of Mountlake Terrace, was named a Great Northwest Athletic Conference All-Academic for the third time. Walter, a senior member of the Seattle Pacific Falcons women’s cross country team, is majoring in Accounting and Business Administration and has a 3.97 GPA at SPU. She was also chosen for the fall GNAC All-Academic team as a sophomore in 2017 and as a junior in 2018.

Walter helped her Falcons’ squad to a 12th place finish at the NCAA Division II Women’s Cross Country National Championships held on Nov. 23 in Sacramento; it was the best finish at nationals for SPU since 2009.

Ryan LaCasse, a 2015 graduate of Terrace, was selected to the 2019 All-MIAC (Minnesota Intercollegiate Athletic Conference) Football First Team. LaCasse, a senior defensive back for Division III St. John’s University in Collegeview, Minnesota, has played in all games for the 10-1 Johnnies this year; the team is currently #8 in the latest Division III national rankings.

LaCasse, a Global Business Leadership major, has 21 solo tackles, 26 assisted tackles and three interceptions for St. John’s so far this season; the Johnnies will next play on Saturday, Nov. 30, in an NCAA Division III playoff game against Chapman University in Orange, Calif.