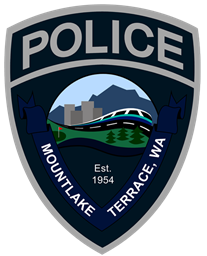 6600 block 232nd Street Southwest: A man was arrested for fourth-degree domestic violence assault and harassment that occurred during an argument with his mother.

4800 block 219th Street Southwest: A woman told police that she saw two subjects exit a silver SUV and cut the catalytic converter off her vehicle, then leave the scene. Damage was estimated at $600.

24000 block Van Ry Boulevard: A man reported that someone had stolen the rear license plate on his vehicle and swapped it with a different plate.

22700 block 44th Avenue West: The owner of a beauty salon said that someone had smashed in the back door of her business and stole the cash register, which contained $200.

22100 block 56th Avenue West: A food storage facility for St. Vincent  DePaul was broken into and a large amount of food stolen. The estimated damage to the high-security lock and clasp was estimated at $250. The monetary value of the food stolen wasn’t immediately available.

21400 block 52nd Avenue West: Police arrested a man for fourth-degree domestic violence assault after he hit his girlfriend during an argument, giving her a bloody nose, and pulling her hair, causing her pain.

5400 block 212th Street Southwest: Police who pulled over a vehicle after observing it turn left on a red light ended up arresting the driver for DUI.

5400 block 236th Street Southwest: A man who was observed inside an abandoned property was arrested for criminal trespass.

5800 block 220th Street Southwest: A man was arrested on a Department of Corrections warrant following a police traffic stop.

6000 block Northeast 205th Street: A woman reported that the catalytic converter was cut from her vehicle while it was parked in the parking lot of the Cinebarre theater during the day.

21700 block 50th Place West: Police arrested a man for a misdemeanor warrant ouf of Lynnwood for use/delivery of drug paraphernalia.

21200 block 52nd Avenue West: A convenience store employee reported that a male wearing all black with a black facemask and black around his eyes ran into the store, grabbed two 12-packs of Corona beer, and ran out the door. He left the parking lot in either a Dodge Challenger or Charger.

22700 block 57th Avenue West: A woman called 911 following a verbal argument with her father about his plan to drive away from the residence while intoxicated. Both parties were provided with domestic violence pamphlets.

4900 block 243rd Street Southwest: A man reported that a catalytic converter was stolen from his cousin’s Toyota Prius while it was parked in his driveway overnight.

22800 block 54th Avenue West: A man told police that someone entered unlocked vehicles belonging to himself and his father overnight and stole the following items: $200 worth of change and a wallet containing credit and debit cards. The cards were used fraudulently at Fred Meyer, Target and Safeway stores, with more than $700 in charges.

22800 block Lakeview Drive: A man said that two men associated with a red Toyota Camry attempted to steal a catalytic converter from a vehicle parked at an apartment complex. The men fled the scene after they set off a car alarm.

4300 block 212th Street Southwest: A woman was arrested for fourth-degree domestic violence assault after a physical altercation in which her former boyfriend received several abrasions to his face.

21800 block 54th Avenue West: A man said he had left his vehicle parked on the east side of the roadway and went to the store. When he returned 30 minutes later, he noticed the car had been struck, with severe damage to the driver’s side front-quarter panel. When checking the victim’s driver’s license, police determined the man had a misdemeanor warrant and arrested him.

22800 block 44th Avenue West: A man reported that he used his debit card at the ATM inside QFC on Jan. 9, and then noticed in reviewing his bank statement Jan. 18 that there were four unauthorized ATM withdrawals — totaling $580 — from the same location.

4300 block 212th Street Southwest: A woman was arrested for physical control of a vehicle while intoxicated after she was found slumped over a running car parked in a grocery store parking lot. Police found a bag of blue circular pills and a clear pipe inside the vehicle. The residue in the pipe tested positive for methamphetamine.

24000 block Van Ry Boulevard: A man reported that someone stole a laser templator, valued at $19,000, from a loaner car he was driving while it was parked in his apartment parking garage. There was no damage to the vehicle during the theft and the victim wasn’t sure if the vehicle was locked.

23300 block Cedar Way: A man told police that he received an email from American Airlines noting his password had been changed, then later discovered that someone used 9,500 of his accumulated miles. The airline stated the value of the miles was $280.