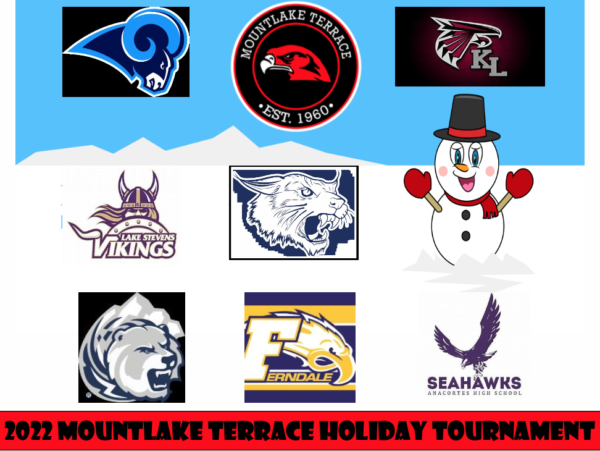 After all the presents have been unwrapped and stockings emptied, local basketball fans will still find one more gift to enjoy the week of Christmas — the 2022 Mountlake Terrace Holiday Tournament.

The field for this year’s holiday tourney is one of the strongest ever; the eight varsity teams attending have a combined win-loss record of 30-19 with two of the eight squads — the Anacortes Seahawks and the Lynden Christian Lyncs — undefeated so far this year. In the latest Associated Press high school basketball rankings, Anacortes is ranked No. 5 among the 3A boys teams in the state while Lynden Christian holds down the top spot in the state among the 2A boys teams.

The Mountlake Terrace boys varsity squad close out the action each day with games tipping off at approximately 7:30 p.m. The Hawks face Lynden Christian on Tuesday and will close out the tourney on Wednesday with a matchup against the Rogers Rams.

Single-day tickets for the event will be available at the door — admission is $10 for adults and $5 for seniors, students and children. Mountlake Terrace High School is located at 21801 44th Ave. W.