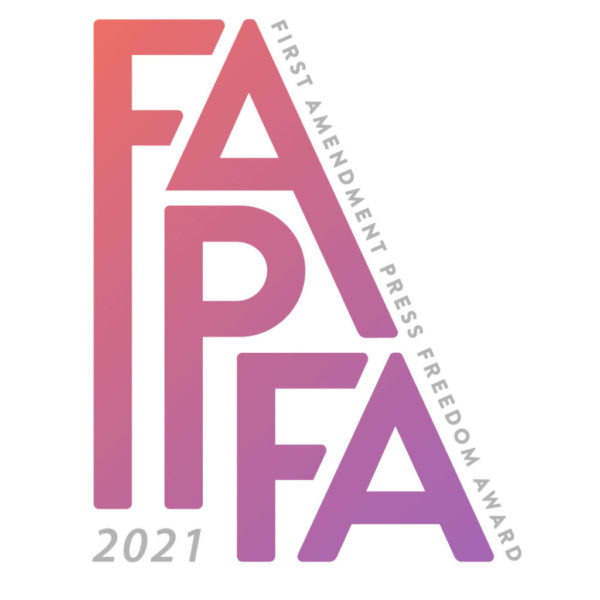 For the eighth year in a row (and 10th time overall), Mountlake Terrace High School has been named a recipient of the Journalism Education Association’s 2021 First Amendment Press Freedom Award.MTHS was one of 14 public and private high schools recognized nationally for actively supporting, teaching and protecting First Amendment rights and responsibilities of students and teachers, with an emphasis on student-run media where students make all final decisions of content.

While the focus of this award is on the relationship between the student media and our campus community, the award is presented to the entire school because of its commitment to the principles of the First Amendment,” said MTHS journalism instructor and adviser of school publications the Haweye and TEMPO. ” It is such an honor to live in this community and work at this school!”

This is the 21st year for the award, which was announced on Student Press Freedom Day.

As in previous years, schools competed for the distinction by first answering questionnaires submitted by an adviser and at least one editor; those who advanced to the next level were asked to provide responses from the principal and all media advisers and student editors, indicating their support of the First Amendment. In addition, semifinalists submitted their printed policies.

The 14 winning schools will be honored as part of the Spring JEA/NSPA National High School Journalism Convention in awards presentation on Saturday, April 10.