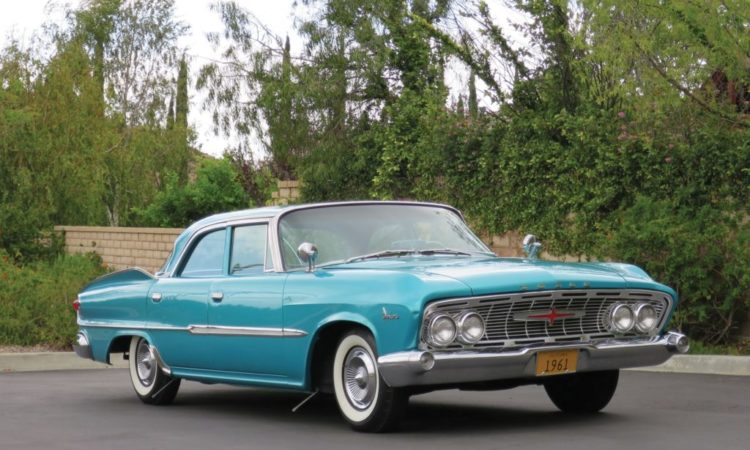 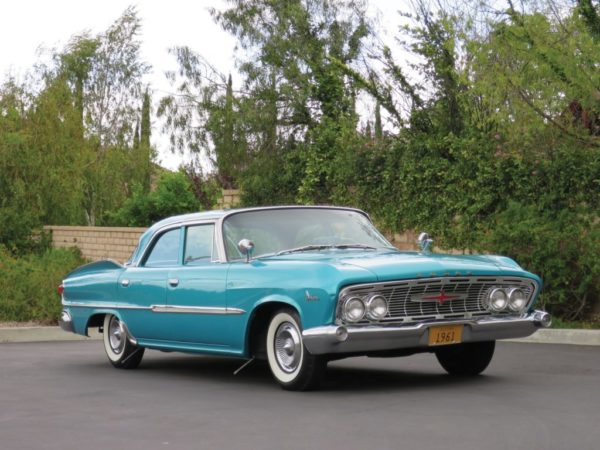 My grandfather was a Dodge man.

His retirement car was a 1956 Dodge 4-door sedan. It was comfortable, solid and powerful. It was what they used to call “a good driving car.”

He liked to take my grandmother for Sunday drives around Tacoma. Most importantly, he used it to tow his fishing boat to his favorite lowland lakes. His favorite was American Lake, but we ranged as far as Mineral Lake up the Mountain Highway, or to Long Lake, Pattison Lake and Black Lake in Thurston County. Grandpa was a meat fisherman. There was little finesse in his fishing. Fly fishing was something done on another planet. He was a troller. He had trolling rods with heavy reels, and he trolled “a yard and a half,” which was a series of flashing spoons that were supposed to be irresistible to trout (which more than likely were planted there that spring.) These were made by the Les Davis Tackle Co. which in Tacoma was a religious institution. Behind the yard and a half was a length of 10# leader followed by a little lure. The lure was what got changed until he found something that caught the trout. There were spinners, flat fish, spoons, and assorted contraptions designed more to catch fishermen more than trout.

He lived to fish, and his world revolved around my grandmother, the boat and the Dodge.

Then my grandmother died. She was the world’s sweetest woman, and she was Norwegian. As sweet as she was, always ready with a quarter so us kids could by comic books and penny candy, if someone threatened one of her brood, she turned into a fierce she-bear. Losing her was one of the worst tragedies of our family.

Grandpa had to live alone.

One day my Mom came home and announced, “I’m so mad I could spit!” This was like a volcano eruption warning. My little brother started crying and the dog, tail between its legs, started scratching at the door, whining.

It seems Grandpa had gone car shopping. For whatever reason, he decided he needed to trade in his trusty Dodge for something newer. Maybe he just got bored and decided to kick tires at the local dealership. He ended up driving home a monstrosity.

Some unscrupulous, evil sinner of a car salesman, certainly not a Lutheran, had sold him a used 1961 Dodge Polara. This was when the stylists at Chrysler, worn out by the excesses of the ’50s, must have started taking hallucinogens. It was big and ugly. It looked like some mutated deep-sea creature, with a gapping mouth of a grill and reverse fins like an eel. And it was baby blue. It was a six cylinder, so it was underpowered, and even worse, it was a stick. A three on the column.

Mom tried to get the dealership to take back the car, but even her Category 6 stubbornness didn’t work. Grandpa was, after all, of sound mind.

One of my wife Peggy’s earliest cases as an elder law attorney involved a man with severe dementia. This gentleman had plenty of money, receiving a couple of good monthly pensions. His daughter hired Peggy because he kept disappearing and losing tons of money. He had a habit of frequenting a car dealership where he’d buy a new car. Then he’d forget where he parked it, forget he even bought it, and go back to the dealership where they were happy to sell him another one. He’d also forget to make his loan payments, so the car would get repossessed by the dealership. He’d go there again, and they’d sell him another one. Peggy was planning on charging the dealership with financial exploitation of a vulnerable adult, but, sadly, the case ended before she got that far.

Speaking of dealers, a couple of years ago, Peggy and I wanted to see if it was worth upgrading our 2104 Forester to something newer. At the local Honda dealership, where we tried out a CRV, the salesman was very professional, helpful and patient. He accepted with grace and diplomacy that we weren’t ready to buy. We were impressed.

On to another dealership, where we had to wait for someone to help us. The sales floor was a bull pen. It was a Saturday afternoon, and all the workstations were full. After being assigned to a salesperson, we had to sit and wait while he copied our drivers’ licenses, checked our credit rating, immigration status, criminal history, blood types and voting record. While we waited, we watched a salesman near us work with a young couple. He was pounding the table, red in the face, yelling at them. This, I thought, was an interesting sales technique.

Eventually we were assigned a young trainee and went for the test drive. The trainee buried his face in his phone for the whole drive. When we were finished, he started in, “So, what’s it going to take to put you in this car of your dreams?”

He called me for the next three Sunday mornings in a row. I finally told him that if he didn’t stop calling me, I’d call his boss and the Attorney General’s office. So, he called me again the next Sunday. That’s when I just blocked his phone number.

Today’s cars are generally safe, comfortable and efficient, unlike my grandfather’s baby blue sea creature, which was ungainly, under-powered and unlikely to let you walk away from an accident. So how to pick the best one for you?

My first thought, stemming from my stories about dealerships, is to shop for one where you are treated with respect and deference. How you’re treated matters. You’ve been around long enough to deserve reverence. Bowing to you should be a well-mastered and mandatory sales technique. Never feel bad about turning on you heel and walking out. I’ve done this, leaving a smart-mouthed lot lizard, mouth agape, saying to his manager, “What did I do?” There are lots of competing dealers and you don’t have to put up with games.

If you find a vehicle you like and dealer you can work with, there’s a good chance you’ll end up in the office of “the closer,” or whatever he’s called. His job is to get all the papers signed, answer any questions and arrange for financing. He might also take one last stab at emptying your wallet. He might try to sell you add-ons, such as an extended warranty, fabric protection, VIN etching, or alien invasion insurance. The dealer markup on these add-ons is huge. If there’s anything you really want, bear in mind that these are available in the aftermarket at significant discounts.

Here’s a tip – some dealerships will charge a $150 documentation fee. By law, this fee is not required, and you can insist on having it removed. See the website of the Washington State Attorney General for more information. www.atg.wa.gov/dealer-advertising

The first thing I look for in a vehicle is seats. Comfortable seats. Check out Consumer Reports, Car and Driver, and Edmunds.com for something reliable and interesting. Then see if the seats are comfortable. This is vital. Are they wide enough, are they high enough, are they cushy and supportive enough? Comfortable seats are an often-overlooked feature in auto testing. You want to be able to exit the vehicle with grace. You don’t want to have to limp across the parking lot after just a trip to the grocery store.

I don’t think you can go very wrong choosing among the major auto manufacturers. I would, however, suggest staying away from anything made in England or Italy. The English have given Western Civilization many wonderful things, but food and cars are not among them. Stylish and luxurious, yes, but I’ve never forgiven England for the days of British Leyland, when reliability was up to the mood of the spirits.

As for Italian cars, do you really think you’re going to fit in that cute Fiat, or get out of a Ferrari without the help of a hoist? Please.

And at all costs, avoid blue sea monsters.