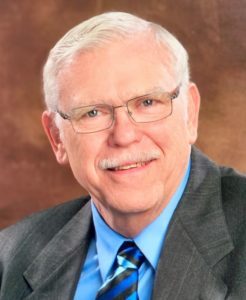 On Friday, April 30, 2021, Lawrence (Larry) Robert Austin, loving husband, father, and grandfather, passed away at the age of 82. Larry was born in Seattle at Providence hospital. He used to tell his wife, Mary Ann, that he was a “gift from Providence.” He graduated from Queen Anne High and briefly attended the University of Washington. After a year of college, he joined the National Guard and began working at Boeing. He eventually ended up going to Edison Technical School (which later became Seattle Community College) to learn to be a mechanic. He was working as a mechanic at Claeghorn Shell when he met Mary Ann Felber at a party on Lake Washington and was smitten. Larry and Mary Ann raised two daughters in Edmonds, WA. For many years, Larry had his own car repair shop in the garage of the Norton Building. He worked for several more repair shops over the years and even briefly had a talk radio show about cars on KIRO Radio in the ’90s.

Back in the ’50s Larry and his brother used to take part in the Sammamish Slu waterski races. Back when there were still farms along the slough and enough water to ski through the obstacle course of logs, bridges, and debris. He even used to waterski on the Sound and Lake Washington with a beer tucked in his belt and a cigar in his mouth! That was quite a sight to see. He also enjoyed boat camping in the San Juans and had many adventures on the various islands with his family.

Larry started volunteering for Camp Fire when his oldest daughter became a Blue Bird girl in 1970. Amazingly, he continued to volunteer for Camp Fire for over 40 years. He loved being on the camp committee (president a few times) and helping to create many of the structures currently located in Camp Killoqua. He received the Lou Denny Award for four decades of dedicated service in 2019.

Larry was quite a character and never lacked for something interesting to say. Plus, he always knew something about everything. He liked to read, woodwork, and fix things. He was very handy to have around when you needed help installing something in your house or your car sounded funny. He was also an avid bridge player and a season ticket holder for the Village Theater.

Larry’s favorite thing above all else was spending time with his family. He loved family gatherings and doted on his children and grandchildren. He had a great sense of humor and was always making corny “dad jokes” that caused his family to either roll their eyes or giggle depending on their age.

In his later years, he became obsessed with computers and video games. He was always building a bigger, better, computer. And he enlisted the help of his grandson to help him play his favorite game, Borderlands 3. They spent many happy hours online together playing Borderlands.

Proceeded in death by his daughter Michelle. Survived by his loving wife of 58 years, Mary Ann, his daughter Lori Elliott (husband Jim), his brother Jim Austin, and his grandchildren Austin and Kirsten Elliott.

We love you and will miss you papa!

The family will have a celebration of life in June. In lieu of flowers, please donate to the Northwest Chapter of the Juvenile Diabetes Research Foundation.

Notify me of followup comments via email. You can also subscribe without commenting.