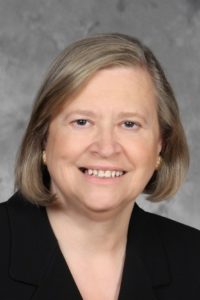 Kristiana Lynn Johnson passed away unexpectedly at Swedish Edmonds on July 18, 2022. She was 70 years old.

Kristiana was born at Northgate Hospital in 1952. Two years later her parents purchased land on Bowdoin Way and built a home overlooking Puget Sound. Kristi attended Westgate Elementary, Edmonds Junior High and Edmonds High School, where she formed lasting friendships. Kristi was active in the Edmonds Methodist Church MYF and Girl Scouts. She enjoyed horseback riding, skiing, canoeing, biking and backpacking with friends. During family vacations in national and state parks throughout the West, Kristi developed a love of the outdoors and the natural environment.

Kristiana yearned to return to Washington. She moved to Kirkland to work for the City of Bellevue and for King County in growth management and transportation planning. She soon decided to return to her beloved Edmonds. She and her father designed a home that he built for her on the location where her horse, Rusty, had his paddock and next to her childhood home.

Always adventurous, Kristiana traveled in Europe, to Sweden to visit relatives, and to England and Wales for her nephew’s wedding. She often visited family in Florida and California. She backpacked solo in the Olympic Mountains and sailed in the San Juan Islands. She loved to entertain her friends and family.

Kristiana was an accomplished ceramicist, always adding to her skills. She enjoyed the challenging technique of Raku and the mysteries of glazes. At the Edmonds Sculptors’ Workshop she created large clay sculptures, notable among them: calla lilies, a ferry boat, and a Diego Rivera-inspired boy.

The City of Edmonds was fortunate to benefit from Kristiana’s love of her hometown as well as from her professional background. She served on multiple committees before being appointed to the Edmonds City Council to fill an empty seat in 2012. She won three elections for four-year terms, an impressive testament to her hard work and commitment to the citizens of Edmonds. Her devotion to the community was well known, particularly her concerns for Edmonds’ historic legacy, its natural environment, and its cultural resources.

Kristiana will be missed by all of those who knew her kind, fun-loving spirit. She was predeceased by her parents Carmen and Ray Johnson of Edmonds and is survived by her sister Janette Johnson and her husband Reza Abbaschian of Riverside, CA; by her brother Curtis Johnson and his wife Terry Taylor of Bellevue; by her nieces and nephews: Lara Abbaschian of Woodside, CA, Cyrus Abbaschian and his wife Gwen Abbaschian of Dallas TX, Erik Johnson of Anacortes, and Sarah Johnson and her husband Justin Hewitt of Seattle. She is also survived by a great nephew and a great niece in Texas, a great niece in Washington, and cousins in Washington and California.

In honor of Kristiana, please reconnect with a family member, call a friend, rescue an animal, plant a tree, take a hike in the woods, or create art.

A memorial service to celebrate Kristiana’s life will be held on Monday, August 29 at 3 pm at the Edmonds City Park bandshell, 600 3rd Ave South, Edmonds, WA 98020.