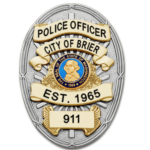 A Kent man was booked into Snohomish County Jail earlier this week after Brier police spotted him and another man allegedly burglarizing a Brier residence, then leaving the scene.

According to Brier Police Chief Nick Almquist, at around 6:45 a.m. Jan. 16, a Brier police officer noticed a truck parked in the driveway of a vacant house at Brier Road and 228th Street Southwest. The residence had incurred severe fire damage and had not been inhabited for several months, and had been burglarized a few times since it had been boarded up, police said.

The officer watched as two adult males removed items from the house and placed them in the truck, which turned out to be stolen. The officer was waiting for backup officers to arrive before making contact, but the suspects left before their arrival. The Brier police officer was in an unmarked vehicle and began to follow as he waited for other officers to catch up to him.

Eventually, Almqust said, a Washington State Patrol Trooper located the Brier officer as they exited Interstate 405 to Northeast 8th Street in Bellevue. “They initiated a traffic stop and the stolen truck began to stop but fell short and rear-ended a vehicle, causing minor damage,” Almquist said. “The occupants exited the truck and fled from the officers.”

An Edmonds Police K-9 unit arrived and assisted in tracking the suspect.

A man from Kent was taken into custody and transported to Overlake Hospital so he could be cleared medically for transport to jail. The other suspect who fled the scene was not located, police said. The suspect was later booked into the Snohomish County Jail for residential burglary.