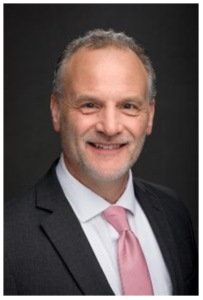 “I’m seeking re-election to continue some of the current projects that I’ve been working on in my previous couple terms,” he said. “Like completing city hall and the Civic Campus, beginning to implement the Ballinger Park Master Plan, finishing up our Main Street (Revitalization) Project – particularly Phase 2, and then just continue working and supporting the (Mountlake Terrace) Diversity, Equity and Inclusion Commission” — an organization that he thinks will be instrumental in the city moving forward.

If re-elected, McCardle said he will continue “to mitigate the impacts of the (Lynnwood Link) light rail with our station coming up.” He also added that he also looks forward to carrying on with the process of establishing “a viable master plan” for Veterans Memorial Park “and how it ties into the light rail and the (Mountlake Terrace) Transit Center as well as our Town Center Plan and just how that park could be better utilized kind of to be a gateway into the city.”

He has 26 years of experience as a middle school math instructor and has been teaching at King’s Junior High since 2018, following a long stint as a teacher in the Edmonds School District.

McCardle is currently the city council’s liaison to the Mountlake Terrace Recreation and Parks Advisory Commission. He also serves as its representative on the LEOFF I Disability Board and the Snohomish County Tomorrow Steering Committee.

“I want to start having some viable conversations with the council and the cities around focused on affordable housing, homelessness, the opioid crisis that we’re facing in the region,” he said. “And just kind of look at what the city can do to become a partner with our neighboring jurisdictions to help find solutions to these social issues that affect the whole region.” McCardle said he believes establishing partnerships will be valuable to the city in developing resources and ideas to address such matters.

“Unfinished projects and begin new ones is kind of the main reason for (seeking) re-election,” he added. “With the changes that are going around in our region overall, it will impact and it has impacted Mountlake Terrace and we just can’t kind of sit around and let it happen to us. We need to be active and play our part in mitigating those changes that are coming whether we like them or not – and that’s what I like about” serving on the council.

Mountlake Terrace has a seven-member city council that serves under a council-manager form of government. Councilmembers elect a mayor and mayor pro tem from the council at the first meeting of each even-numbered year, and the mayor serves a two-year term.

Councilmembers serve staggered four-year terms and elections are held every two years — in each odd-numbered year. There are no council districts in Mountlake Terrace — all seven members represent the entire city.

Other council seats up for a vote this year include Position 4, held by Mayor Kyoko Matsumoto Wright; Position 2, held by Councilmember Steve Woodard; and Position 1, occupied by Councilmember Rick Ryan. All of them have said they plan to run for another term, and so far none have drawn any opponents.

The deadline to file for office is 4 p.m. Friday, May 21. The general election is Tuesday, Nov. 2.