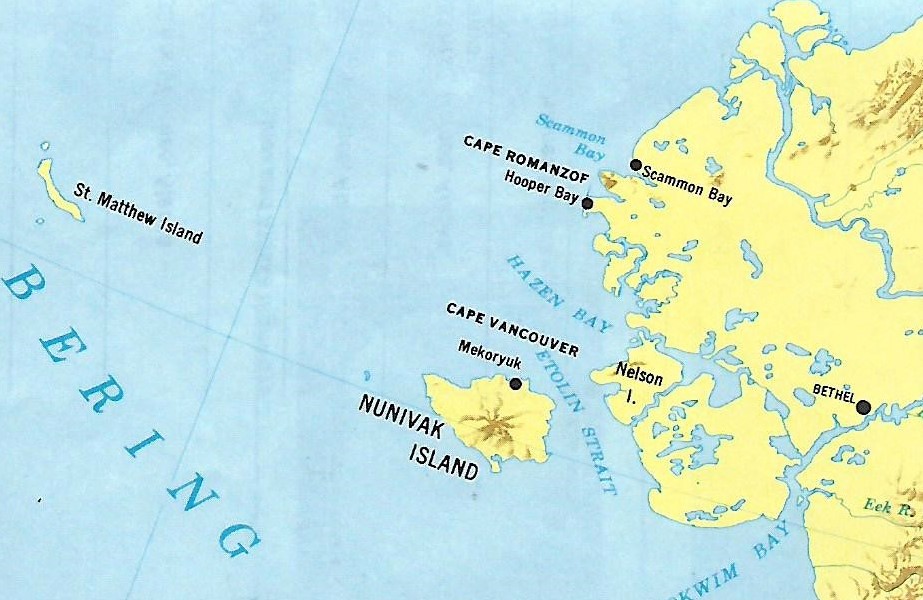 As you may have heard, it is time for the countdown for the start of another decennial United States census. Our nation, including the urban areas of Alaska, begin the census count in mid-March. However, since the U.S. purchased Alaska in 1867, out of tradition and necessity, rural Alaska people are the first to be counted, and it’s happening right now.

What makes rural Alaska so special? In many areas in Alaska, the mail service is spotty and the internet is far from reliable. In January, much of the land is still frozen, making for easier travel before the spring melt makes it difficult — even impossible — to access some of the outlying places. Door-to-door surveying is the usual method for the hard-to-reach residents. Also, the census takers are more apt to find people at home, before they scatter to the hunting and fishing grounds to replenish their food supplies.

Toksook Bay is an outpost village and a bay on Nelson Island, an island in the Bering Sea, lying just offshore from the Alaska mainland — 115 miles west of Bethel, Alaska. Looking at the area on the map, it does appear to be one of those hard-to-reach places.  Established in 1964, Toksook Bay is the largest village on Nelson Island. Its population in the 2010 census was 590, and by 2016, the population had increased by another 67 residents. The village of Toksook Bay was chosen as the first to be visited by the census bureau. For this event, the census taker was a very important man. Arriving by plane and then on the back of a snow machine from the airport, Dr. Steven Dillingham, the Director of the United States Census Bureau, did the honors for this one.

Lizzie Chimiugak, one of the residents of the village of Toksook Bay, at the age of 90, is an elder. She grew up in a nomadic family, first living in mud homes and following the hunting and fishing opportunities, and she has spent her entire life in Western Alaska. On Tuesday, Jan. 21, 2020, Lizzie Chimiugak was given the special honor to become the first person in the United States to be counted in this federal census. In her native language, with a translator on hand, Lizzie told the interested audience that she was doing her best to answer all the questions.

I just wonder if she will once again be first when the 2030 federal census is counted. Lizzie Chimiugak just might be. She has a 101-year-old sister who lives at Nightmute, another village on Nelson Island.

Following the counting of the entire population of the village of Toksook Bay, it was time to party. A celebration was held at the Nelson Island School, featuring the Nelson Island High School Dancers, an Alaska Native drum and dance group.  When the entertainment was completed, the community held a potluck dinner, featuring native foods of Alaska. The tasty items served included seal, moose and goose soups, herring roe served with seal oil, and baked salmon.

Betty Gaeng is a former long-time resident of Lynnwood and Edmonds, coming to the area in 1933. Although now living in Anchorage, she occasionally writes about the history and the people of both early-day Lynnwood and Edmonds — and also contributes other articles of interest too.