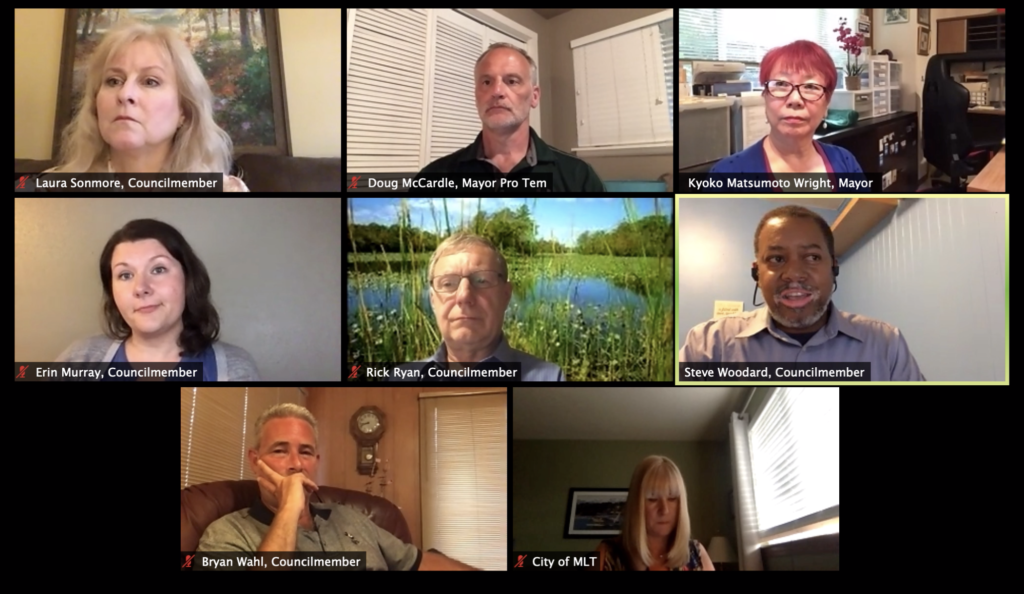 The Mountlake Terrace City Council voted unanimously at its July 6 business meeting to approve a resolution authorizing the city to enter into a contract for $647,000 in federal coronavirus relief funds being distributed through the Washington State Department of Commerce.

Approximately $400,000 will be available to help local residents and businesses feeling the effects of the COVID-19 pandemic, and nearly $250,000 will go toward city expenses. The council had previously determined that the local relief funds and efforts would be focused on community safety, assistance and economic recovery.

The money is available as part of the federal CARES (Coronavirus Aid, Relief, and Economic Security) Act on a reimbursement basis as long as the expenses are directly connected to the COVID-19 pandemic.

As part of the relief effort, City Manager Scott Hugill updated the council on safety supplies that the city has purchased and will be distributing to the community. He said the city has received 5,000 masks along with 2,500 one-ounce bottles of hand sanitizer.

City staff are looking into bulk mailing two masks and a bottle of sanitizer to each address in Mountlake Terrace. This would include roughly 9,700 residences and businesses. Mayor Kyoko Matsumoto Wright said that she would like the mailings to include a letter informing those who need more than two masks from the city on how they can get them.

Hugill told the council that for the city to complete the mailing plan, it would need to purchase approximately 15,000 additional masks. He recommended that the city first determine the community demand for the supplies before buying more.

Additionally, Snohomish County provided the city with nearly 8,000 masks for lower-income people. Staff began distributing those to residents last week, and the city is looking at potential venues for future events, and also partnering with nonprofit organizations to get masks to those most in need. Senior citizens and those who are at an increased risk from going out can also have them delivered.

Previously the council also identified the need for separate assistance efforts for residents. The city is exploring contracting with nonprofit organizations to help provide relief for those who are unable to pay essential bills and also deliver food to people who are either homebound or at higher risk to travel. Hugill told councilmembers at last week’s work/study session that city staff are finalizing a request for proposals seeking such services, and he anticipated that will be available by the end of this week.

The council had earlier decided to provide COVID-19 economic relief grants for local businesses. That money can be used for expenses including rent, payroll, bills, or costs associated with safely reopening locations. The grant application was posted online last week. Eligible businesses can apply for up to $5,000 to help with operating expenses incurred during the pandemic, and the deadline for submission is July 13 at 4 p.m.

Hugill asked for the flexibility to adapt relief procedures and implement them, to address any necessary changes in “real time.” He said that since council had identified these first steps in relief efforts, they could then later determine in August how much of the funds were left and what any further measures might look like. Hugill assured the councilmembers that any potential changes would be brought before them in the future.

The council discussed establishing an advisory commission to address diversity, inclusion and equity in the community. All councilmembers said they supported the idea and would like to see that happen soon. They agreed that the commission should include voices and perspectives from the public, although the size and exact makeup of the board has yet to be determined.

A letter signed by more than 350 residents, calling for the city to support community diversity and equity, was read during the meeting.

Mayor Matsumoto Wright said that she would prefer that the proposed commission first establish its mission, and after that it should be able to get a lot done in the first year of existence.

City Manager Hugill thought that a month would give staff enough time to develop an ordinance along with the commission criteria and application process for the council to review. He understood the council wants this done quickly but asked for their patience due to current limited staffing levels. 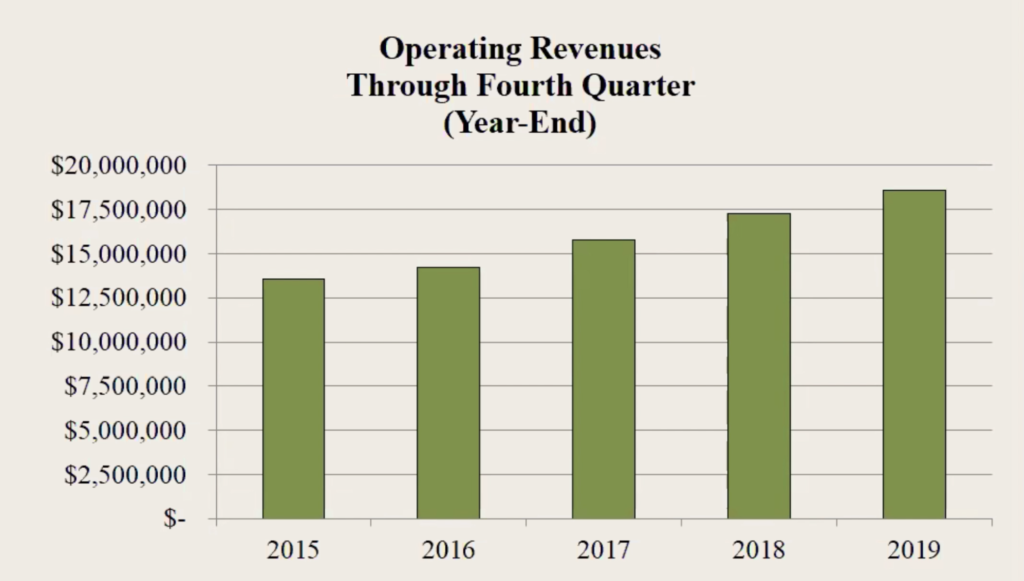 The council was also briefed by City Finance Director Crystal Wooldridge on the final quarterly report from 2019. She told councilmembers that the city’s finances remained solidly in line with the adopted six-year financial forecast.

The municipal’s general fund brought in more than originally anticipated primarily due to sales tax from online shopping and construction projects in the city, Wooldridge said. Operating revenue was up by about $1.3 million compared to 2018.

She concluded that “the fiscal health of the city continues to improve,” which allowed it to rebuild the reserve funds that may soon be needed to maintain essential services, such as police and fire, during the coronavirus pandemic and its effect on municipal budgets.

Hugill told the councilmembers that a drop in gambling and movie theatre admissions taxes for this year have already been anticipated. He said that he was waiting for more information from the state regarding other tax revenue streams but thought that by the beginning of August he would be able to brief the council on those.

In other business, Councilmember Steve Woodard suggested that the city look into the feasibility of providing a publicly accessible Wi-Fi zone, possibly at the Mountlake Terrace Town Center. He felt that it is an equity issue, especially for those with low incomes, and important now when many schools and public institutions are closed or have limited access.

“I can put a laptop in my students’ hands, but if they don’t have Wi-Fi it really is kind of useless,” said Woodard, who is also Dean for Student Access and Completion at Edmonds College.

Councilmember Bryan Wahl agreed, suggesting that it would be helpful to have information about what other cities or municipal districts are providing or doing to address the issue, including potential costs.