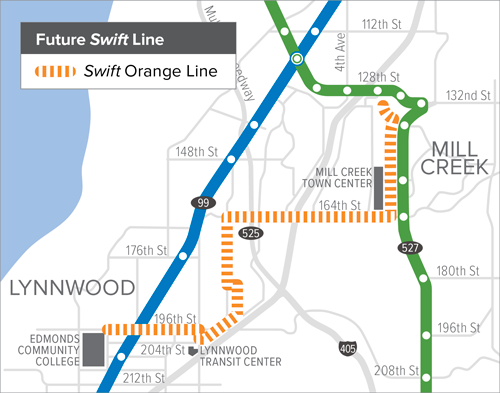 The Swift Line award is among four BRT infrastructure projects nationwide that received $187 million in federal funding through the transit administration’s Capital Investment Grants (CIG) Small Starts Program. The four projects receiving allocations are nearing completion of the statutory and regulatory requirements in order to receive a grant agreement. The projects must meet these additional requirements before a grant can be awarded, the transit administration said.

The CIG Program provides funding for major transit infrastructure capital investments nationwide. Projects accepted into the program must go through a multi-year, multi-step process according to requirements in law to be eligible for consideration to receive program funds.

Other Small Starts Program grants receiving allocations include the cities of San Bernardino, Calif., Ogden, Utah and Seattle for its Madison Street BRT project. The Madison Street project is a 2.3-mile east-west BRT line operating diesel-electric buses along Madison Street from downtown Seattle in the west to the Madison Valley neighborhood in the east.