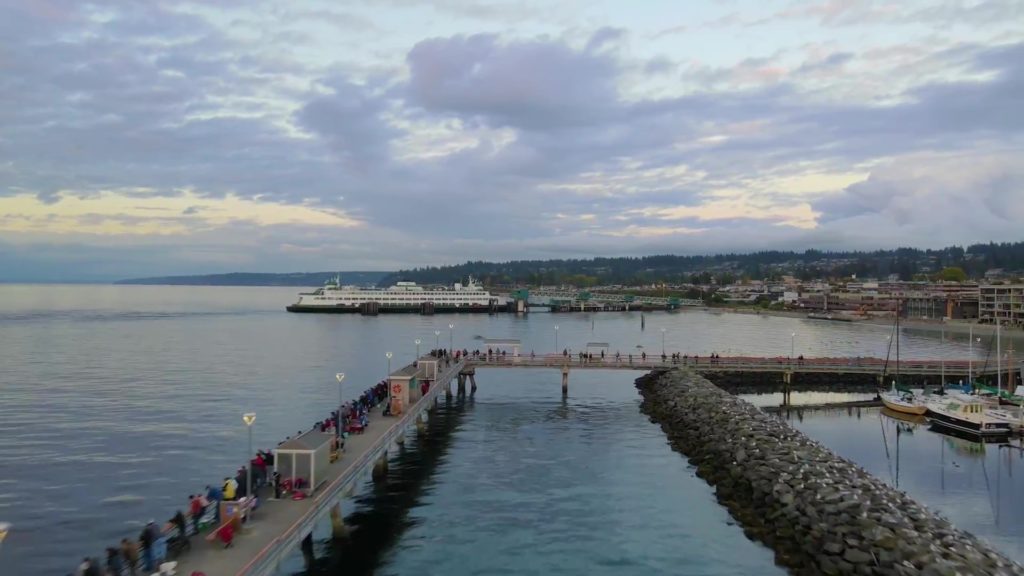 The City of Edmonds said Thursday that it will implement a one-week night-time closure of the Edmonds Fishing Pier unless those participating in squidding activities start wearing masks and practicing social distancing.

This the second time the city has threatened to close the pier due to COVID-19 safety violations. On Sept. 4, the city said it would be forced to shut down pier to all visitors unless more people complied with the state’s mask-wearing directive.

“Initially, after the first warning in early September, increase compliance was observed,” said Mayor Mike Nelson. “However, in the past couple of weeks visitors, parks staff and Edmonds police officers who patrol the area overnight have seen hundreds of night-time squidders standing shoulder to shoulder every night. Some have masks but many do not. To keep everyone safe, especially our community, we need visitors and fisherman to stay 6 feet apart and wear a mask.”

Police patrols have been increased and the Washington Department of Fish and Wildlife has been contacted for support, the city said.

If compliance does not improve, the pier will be closed during evening hours from 5:30 p.m. – 7 a.m. for one week beginning Oct. 12 “to communicate the seriousness and importance of social distancing and mask wearing,” the city said in its announcement. If there is no change in behavior after the pier reopens, it could remain closed at night for the duration of squidding season, which ends late November, the city said.

After the Sept. 4 warning, the city began a multi-lingual outreach campaign, posting mask and social distancing requirements in four languages on the pier. The city reported an increase in compliance and observed visitors asking each other to mask up.

Unfortunately, the city said, the evening and overnight hours are a different story. Despite police officers walking the pier overnight reminding visitors of the rules, the city has not seen a similar uptick in overnight compliance.