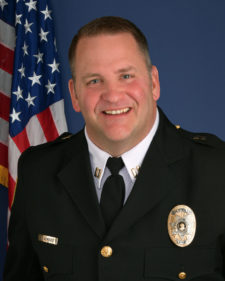 The Brier City Council at its Jan. 4 workshop meeting unanimously approved the hiring of Nick Almquist to serve as the city’s new full-time chief of police. Almquist, who is currently a captain with the City of Snoqualmie Police Department, will begin his new job as Brier Police Chief later this month.

“I am very excited at the opportunity to lead the Brier Police Department,” Almquist said. “My focus will be on recruitment and hiring officers that best fit Brier’s core values.”

Mayor Dale Kaemingk noted that Almquist “comes highly recommended and has over 30 years of law enforcement experience. I am very excited to have him join our staff, leading our police department and helping recruit new officers.”

Following last June’s announcement that Chief Mike Catlett would be retiring, city leaders began conducting a search to hire his replacement. The police department was already having problems attracting and retaining officers, a struggle which many cities nationwide have also been facing for a number of years.

As a result, Brier has been temporarily contracting with the Snohomish County Sheriff’s Office for interim supervisory and supplemental law enforcement services while it searched for a new police chief. Since last summer, Sgt. Nathan Alanis of the sheriff’s office has provided leadership support to the Brier Police Department by serving as an administrative sergeant.

“I am thankful for the Snohomish County Sherriff’s Department for assisting with our staffing shortage,” Almquist said. “I am looking forward to building great community relationships.”

The city contracted with Prothman, a consulting firm in Issaquah that provides municipalities with recruitment services and interim staffing, to aid in its police chie search. Almquist was ultimately selected from a pool of four candidates for the position submitted by Prothman.

Kaemingk described the search process as “very lengthy and in-depth, as it should be.” He added that the consulting firm conducted “a nationwide search and was a great help as we looked for the new chief.”

When fully staffed, the Brier Police Department has six sworn officers and a records supervisor. It offers a full range of police services including animal control, crime prevention, fingerprinting, patrol and investigations, and a traffic violations bureau. The department serves Brier’s population of approximately 6,300 people, which covers the city’s area of 2.13 square miles.

Currently, the department has three full-time officers on staff. Kaemingk said, “Until we have more officers, we will likely (continue to) need some supplemental help from the sheriff’s office but the plan is to phase that out as we staff up.”

He noted that Almquist “is excited about recruiting new officers,” and “has years of experience in the leadership and the training of officers.”  In addition, “We always welcome officers who are interested in working in our unique city to apply,” Kaemingk said. “They can call me or email me at city hall.”