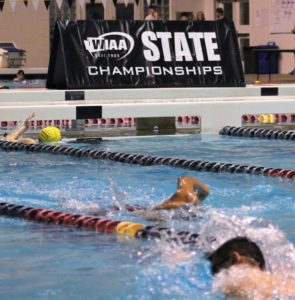 Hinch, Gallager, Jorgensen and Daly teamed up for the best Hawks’ finish of the event, a 16th in the 200-Yard Freestyle Relay.

Sammamish captured the 2A team state title, the school’s first state swim championship and first state team title in any sport in 30 years.