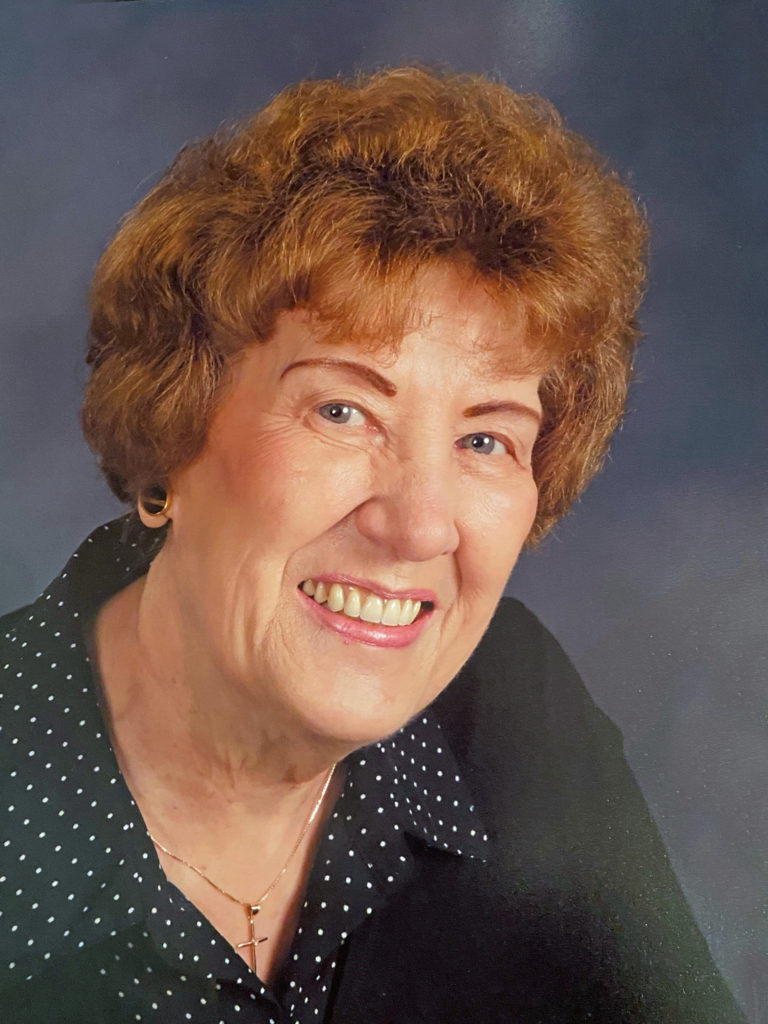 Betty Marie Olheiser, 87, Shoreline, WA died peacefully in her sleep on April 20, 2022, with family at her side. She had spent her last weeks at home recovering from recurrent strokes before the Lord called her to eternal life. A Mass of Christian Burial will be held Friday, April 29, at 1:00 p.m., in the St. Luke Parish gymnasium in Shoreline, officiated by Fr. Brad Hagelin. Burial will follow at at Restlawn Memorial Park, 23800 104th Ave W, Edmonds, WA.

Betty, the youngest of six children, was born on May 28, 1934, to Henry and Eva (Hertz) Loran in Dickinson, ND. She grew up as a member of St. Joseph Parish. Betty graduated from Dickinson High School in 1952, and went to work as a bank teller, beginning a 46-year career in the banking industry.

In 1955, Betty married Francis “Fran” Olheiser. Together, they raised five children in Dickinson, until late 1972, when Fran sold his paint and decorating business and the family moved to Seattle, WA where they became members of St. Luke Parish. After the move, Betty quickly found work as a vault and merchant teller at Seafirst Bank, which was eventually purchased by Bank of America. After several years as a teller, Betty moved into loan administration, working as a senior collateral credit analyst until she retired on July 1, 1998. Betty had looked forward to traveling with Fran in retirement but he became ill unexpectedly and died on August 20, 1998. She became an avid walker after Fran’s death, walking close to four miles each day during visits to him at the cemetery.

Betty had a deep faith in God. She was a loving and caring mother who always put family first. Her family and friends will miss receiving the birthday and holiday cards she loved to send. In retirement, Betty did volunteer work for St. Luke Parish. She enjoyed container flower gardening; reading; doing crossword puzzles; watching Wheel of Fortune, Jeopardy, and Mariner baseball on television; and having phone call visits with her children and grandchildren and their families. She will be remembered with great love.

Remembrances in Betty’s name may be made to St. Luke Catholic Parish in Shoreline, WA and the American Stroke Association.